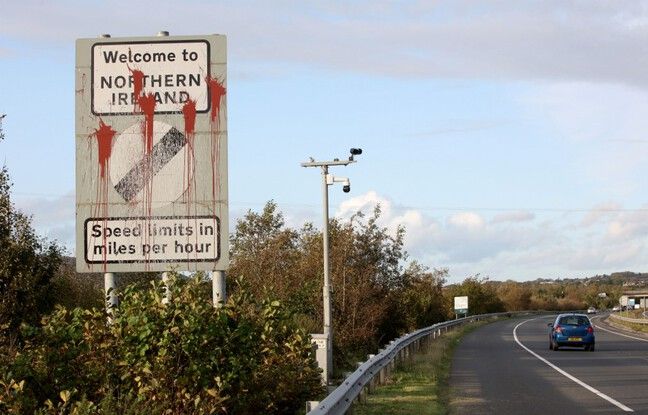 Brexit, a risky period for peace in Northern Ireland. An independence commission warned on Tuesday that the end of the post-Brexit transition period risks reviving the activity of paramilitary groups.

The Independent Reporting Commission (IRC), established jointly by the British and Irish governments, points out in its annual report that Brexit has “the potential to further and significantly complicate the end of paramilitary activities” in Northern Ireland, citing a “surge of tensions ”as the end of the transitional period approaches.

Brexit is a “highly emotional” topic that is waking up “radioactive” issues of “unrest”, according to the IRC. One of the challenges of the United Kingdom’s exit from the EU on January 31st was to avoid returning to a “physical” border on the island of Ireland, which could weaken the peace concluded in 1998. after three decades of violence between Catholic Republicans, Protestant loyalists and the British army which left 3,500 dead.

According to the IRC, paramilitary groups “are still a reality in Northern Irish life in 2020” and still have thousands of members. In April 2019, a journalist, Lyra McKee, was shot dead during clashes in Londonderry between the dissident group New IRA and the police.

What fate for the Irish border?

The Brexit divorce deal includes special arrangements to keep the peace on the island, but London recently introduced a controversial bill allowing it to bypass some of those provisions. The two sides are also in the home stretch of their negotiations to try to reach an agreement on their future trade relations.

Loyalists fear that future customs checks, which will take place when goods arrive in the British province from the rest of the UK, will create a ‘maritime border’ with the rest of the UK, thus promoting economic union with the Republic of Ireland and, ultimately, the unification of the island.

In October, a British parliamentary committee also warned that any infrastructure installed on the border between the Republic of Ireland and Northern Ireland following Brexit would create a risk of violence by constituting a “target” for dissident Republicans. .