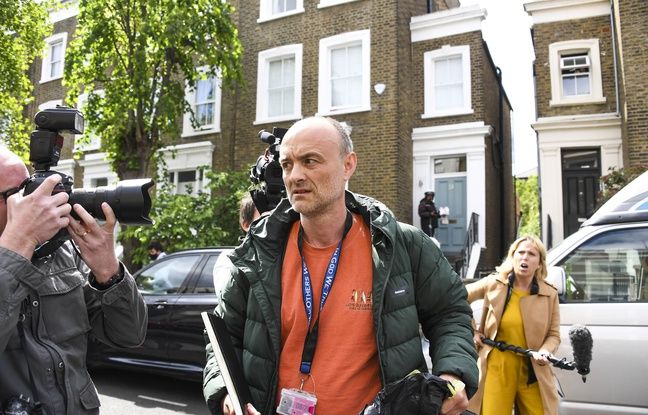 By awarding a contract linked to the management of the pandemic to a company run by friends of Dominic Cummings, former adviser to Prime Minister Boris Johnson, the British government acted illegally, said the British justice on Wednesday.

Led by former colleagues of Dominic Cummings and Minister of State Michael Gove, the market research agency Public First was awarded a contract worth 560,000 pounds (650,900 euros), in June 2020, to study the public’s understanding of the pandemic, without any call for tenders having been issued.

Activists from the Good Law Project have filed a lawsuit against the government and Dominic Cummings, claiming the decision to bring in the company was patronage, which the government denied. But Judge Finola O’Farrell of the High Court of London said in her judgment on Wednesday that “the June 5, 2020 decision to award the contract to Public First was illegal and part of an apparent bias.”

However, she also considered that Dominic Cummings, who left Downing Street at the end of 2020, was “particularly well placed, given his experience and expertise, to form a quick opinion of the company best able to meet the urgent needs” generated by the health crisis, which required an “immediate” response. The ruling comes as the Conservative Prime Minister finds himself under increasing fire of attacks targeting his integrity, including suspicions of private funding for the renovation of his apartment at 10 Downing Street.

He is also blamed for his management of the health crisis, which left nearly 128,000 dead in the United Kingdom, accused in particular of having delayed reacting and then of wasting British taxpayers’ money in the allocation of contracts for the supply of masks and other protective equipment.

A spokesperson for the British government was nonetheless pleased with a judgment which “clearly indicates that the decision to award the contract was not due to personal connections”, but indeed to “very complex circumstances at most. height of the pandemic ”. The director of the Good Law Project, Jo Maugham, told him that the government was not working “for the public good”, but “for the good of the friends of the Conservative Party”.