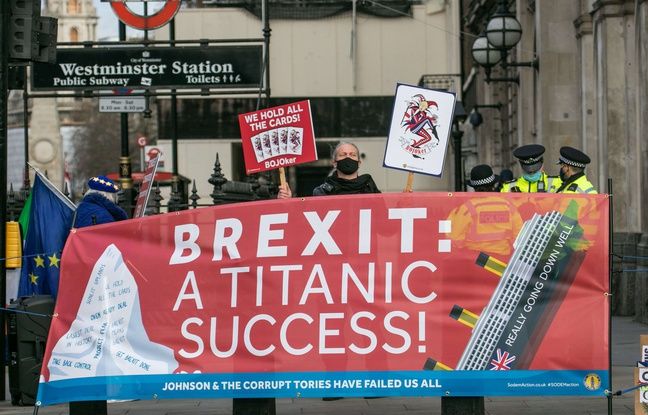 Will the surge of a new strain of the coronavirus across the Channel get the better of the Brexit schedule? The federation representing the British public health service called on Wednesday Prime Minister Boris Johnson to extend the post-Brexit transition period.

The NHS Confederation believes that health services could move out of “the immediate danger zone” if Boris Johnson obtains from Brussels a one-month extension of the transitional period which ends on December 31, in a letter to the Conservative leader . An extension of this period, during which European rules continue to apply, “will allow the NHS to continue to focus on the fight against the pandemic without having to face the disruptive changes caused by a lack of agreement”, underlines the federation.

“On January 1, the NHS will face one of the biggest challenges in its history during what is traditionally its busiest time of the year,” she said, noting that nearly 19,000 patients patients with Covid-19 were currently hospitalized. The United Kingdom, which began to deploy a massive vaccination program in early December, has one of the heaviest tolls in Europe, with more than 68,000 deaths. It recorded 36,804 new infections on Tuesday, a record since the start of the pandemic, which brings the total to more than 2.1 million positive cases.

Less than ten days before the deadline and the United Kingdom’s exit from the single European market, London and Brussels are struggling to agree on the terms of their future commercial relationship, raising the specter of a lack of agreement and fears of serious disruptions in the country’s supplies. To avoid the potential chaos of a “no deal”, Scottish Prime Minister Nicola Sturgeon (pro-independence) and Labor mayor of London Sadiq Khan had already this week called on Boris Johnson’s government to ask for an extension of the transition period, which the latter firmly excluded.