Ukraine wants to include Chernobyl as a UNESCO World Heritage Site 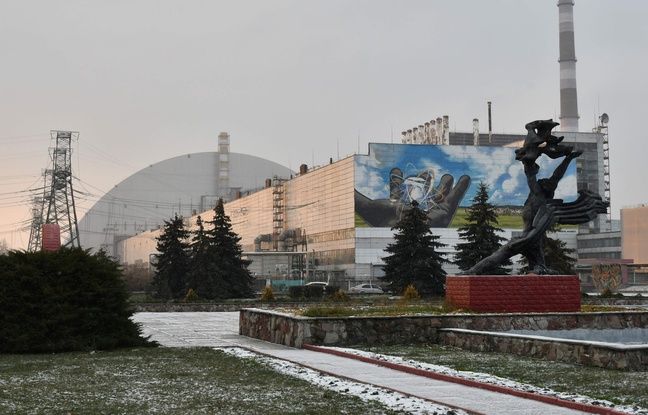 At the beginning of December, rare snowflakes cover abandoned buildings and playgrounds in the city of Pripyat, in the Chernobyl exclusion zone, in northwestern Ukraine.

To protect them from time and encourage the arrival of visitors, Kiev now wants these remains, which have become witnesses to the worst nuclear disaster in history, to join the world heritage of Unesco (United Nations Educational Organization, science and culture).

An area of ​​30 km around the damaged power plant

“The Chernobyl area is already a famous attraction around the world,” points out Maksym Polivko, 38, a professional guide, during an on-site visit with AFP journalists. “Unfortunately this place has no official status,” he continues, hoping for a boost for “the development of tourist infrastructure”.

The idea of ​​classifying the Chernobyl exclusion zone in Unesco was proposed by the new Minister of Culture, Oleksandre Tkatchenko, in office for six months after a long career in television. “It is one of the most emblematic territories of Ukraine” and it must be “preserved for humanity”, underlines the senior official in an interview with AFP.

If successful, Chernobyl would thus join the mausoleum of Taj Mahal in India, the sanctuary of Stonehenge in England or the abbey of Mont-Saint-Michel in France.

Vast like Luxembourg, the exclusion zone surrounds, within a radius of 30 kilometers, the damaged plant, the fourth reactor of which exploded on April 26, 1986. After trying to cover up the incident, the USSR, of which Ukraine was then part , had finally recognized its scale and evacuated hundreds of thousands of people. Tens of thousands of “liquidators” had also been mobilized, with rudimentary means of protection, to build a sarcophagus around the damaged reactor and try to clean up the contaminated territories. Today, the reconquest of these lands by nature is more visible: the roads are narrowed, devoured by weeds, and houses disappear under the wooded areas where wild animals proliferate.

Last year, the worldwide success of the mini-series of the American channel HBO

In Pripiat, a few kilometers from the power plant, entry into apartment buildings is formally discouraged due to the risk of collapse. Even though authorities estimate that humans won’t be able to live there safely for 24,000 years, the area is attracting more and more tourists looking for thrills.

Last year, the worldwide success of the American HBO’s mini-series “Chernobyl” brought in a new generation of visitors who love selfies. Before the halt caused by the Covid-19 pandemic, Chernobyl had reached in 2019 the record number of 124,000 tourists, against 72,000 the previous year. The site could even receive up to a million a year, enthuses Oleksandre Tkatchenko. The Minister nevertheless insists on the need to make visitors understand that this is not a “simple adventure in forbidden territory”.

With the help of experts, his ministry wants to prepare travel programs aimed at “perceiving the area as a place of memory which should teach us things”, at the time of a global environmental crisis. For Oleksandre Tkatchenko, the historical legacy of Chernobyl does not come down to a tragedy because the catastrophe “forced” the Soviet authorities to “speak the truth”, “triggering democratization” which ended in the fall of the USSR in 1991. Ukraine is preparing a dossier for submission to Unesco before the end of March and a group of experts from the organization should then visit the site this summer. The final decision is expected no earlier than 2023.

“Before, everyone took care of the sarcophagus,” the new steel screed inaugurated in 2019 on the remains of the damaged reactor, to ensure its safety for the next 100 years, says Oleksandre Tkatchenko. Now, he says, “the time has come” to do this.