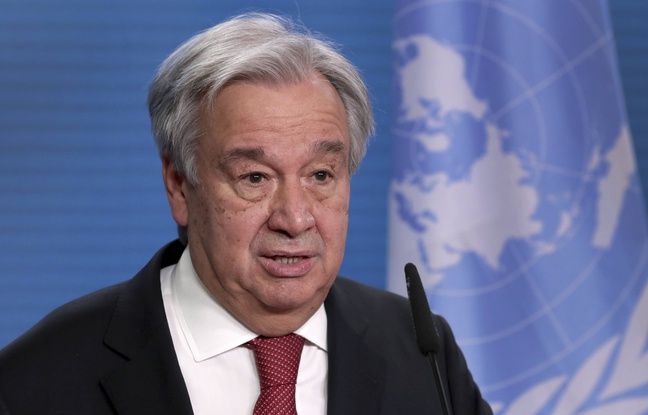 UN Secretary-General Antonio Guterres on Monday called for combating violence against women at the opening of the 65th session of the Commission on the Status of Women, which is due to adopt a declaration calling for more action to be taken against it. sexual harassment. The Covid-19 pandemic exposes women more than men to harmful consequences, said the UN chief, referring to the loss of work, sexual abuse or child marriage.

“Equal participation of women would be a game-changer in the way we need,” he said, calling for gender equality and parity in responsibilities. “Only twenty-two countries are ruled by a woman. And at the current rate, parity at the level of heads of government will not be reached before 2150 ”, he said. “Another 130 years dominated by men who will make the same kind of decisions made for the last 130 years, always. “

“We must at all costs reshuffle the cards”

According to him, the Covid-19 “offered men one more opportunity to monopolize decision-making”. “And we are spending billions of dollars for weapons that do not protect us, while neglecting the violence suffered by one in three women in the world,” he said. “We must at all costs reshuffle the cards, change the software”, demanded Antonio Guterres, asking the 193 member countries of the UN to “adopt an emergency response plan […] to fight violence against women and girls ”.

The member countries of the Commission have started negotiating a 51-page document, which “recognizes that gender inequalities continue to translate into power imbalances between women and men in all spheres of society”. “The Commission expresses concern that violence against women and girls in public life, including cyberbullying, harassment, sexual harassment, stalking and threats, is widespread,” the document also said.

It “recognizes that online and offline sexual harassment, sexual exploitation and abuse constitute a violation, abuse of human rights and a major obstacle to the participation and leadership of women and girls in all fields of life. public life ”, insists the text. The declaration “further emphasizes that sexual harassment in private and public spaces […] leads to a hostile environment which can have a negative impact on the benefit that women and girls derive from their human rights ”.

As every year, the Commission on the Status of Women, which takes place from March 15 to 26, brings together thousands of them for speeches, discussions and dozens of specific events. Like that of 2020, the 65th session will take place mainly virtually due to the pandemic.

Among the speakers this year are the new American Vice-President Kamala Harris who will speak on Tuesday, the French Minister for Gender Equality Elisabeth Moreno, the Mexican Vice-Minister for Multilateral Affairs and Human Rights Martha Delgado Peralta, and the European Commissioner for International Partnerships, Finland’s Jutta Urpilainen.