Under accusations, the governor of New York says he is “sorry” for “misinterpreted” remarks 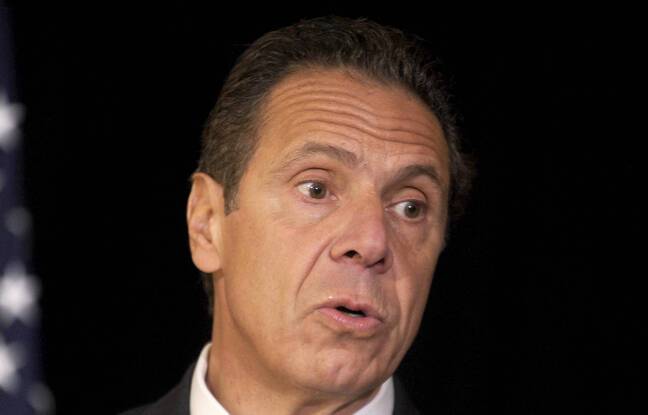 The powerful governor of New York Andrew Cuomo said on Sunday “very sorry” that his behavior and his remarks were interpreted “as unsolicited flirtation”, after a second charge of sexual harassment which weakened him. “At work, I think I play, that I make jokes that I think are funny. Sometimes I tease people in what I think is good-natured ways, both in public and in private, ”Andrew Cuomo, 63, said in a statement Sunday.

“I now understand that my interactions may have been insensitive or too personal and that some comments, given my position, may have had unintended effects on some. I realize that some of the things I said were misinterpreted, such as unsolicited flirtation. If some had this impression, I am really sorry, ”he added. “To be clear, I never touched anyone inappropriately, or made advances to anyone, and I never wanted to make anyone uncomfortable,” he said. still indicated. These are the first apologies offered by the Democratic governor – in power for ten years and one of the most powerful governors in the United States – since the harassment accusations detailed Wednesday by one of his former advisers, in a blog.

Councilor Lindsey Boylan, 36, said the governor had unsolicited her kiss on the mouth, suggested she play strip poker with him and “made every effort to touch (him) on the back. , arms, legs, ”while she worked for her administration from 2015 to 2018. On Saturday, another ex-collaborator, Charlotte Bennett, 25, told the New York Times that the governor had made advances to her that had made her “uncomfortable” in the spring of 2020. The governor was then, via daily press briefings followed throughout the country, a star in the fight against the Covid-19 pandemic.

A growing number of personalities also called this weekend for an independent investigation into the allegations, led by the Democratic State Attorney, Letitia James. The governor had indicated Saturday evening to have asked a former federal judge to carry out “a complete examination” on these allegations, while refuting them. But his proposal was criticized. Several personalities, local elected officials but also the young Democratic star of Congress, New Yorker Alexandria Ocasio-Cortez or Hawaii senator Mazie Hirono, felt that the investigation should be carried out not by a former judge who has worked for a long time. with a relative of Andrew Cuomo, considered insufficiently independent, but by the Democratic State Attorney, Letitia James.

The prosecutor – who many think she will run for governor at the next deadline – also intervened, to ask Andrew Cuomo to entrust the file to him “immediately”. Even White House spokeswoman Jen Psaki pleaded for “an independent review of the allegations.”

Sunday evening, the governor’s legal adviser indicated that Andrew Cuomo had finally asked Letitia James to appoint herself “a private lawyer” to lead the investigations, with whom the governor would cooperate “voluntarily” and “fully”. “We will recruit a law firm” and “supervise a rigorous and independent investigation”, reacted Letitia James.

This episode considerably weakened the governor, already in the hot seat for having minimized, deliberately according to some, the number of deaths from the coronavirus in the retirement homes of this state of 20 million inhabitants. In the process, accusations of brutality and intimidation by the governor towards other elected officials or collaborators had surfaced.