Under pressure from the Americans, the EU suspends its digital tax project 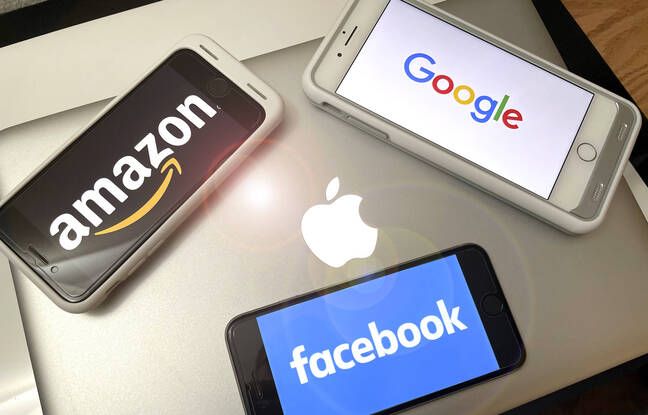 The standoff between Washington and Brussels over a European digital tax is currently turning in favor of the United States. The European Union agreed on Monday to freeze its project so as not to jeopardize the historic agreement on the taxation of multinationals. Negotiations on a fiscal big bang which in particular lead the largest companies, including digital ones, to pay a fairer share of tax, are in fact underway at the OECD. They received political support from G20 countries on Saturday.

“The success of this process will require a final push from all parties, and the Commission is committed to focusing on this effort. This is why we have decided to pause our work on a digital tax proposal, ”confirmed a Commission spokesperson.

The pressures of Janet Yellen

This EU project, which was due to be presented in July, was supposed to be one of the new resources planned to finance its 750 billion euro stimulus package. But Washington considers it discriminatory for its technology champions like Amazon, Google or Facebook. Treasury Secretary Janet Yellen, present in Brussels on Monday for a meeting with European finance ministers, called on the EU to reconsider on Sunday. For several weeks, the United States had been waging a discreet campaign with several member countries, including Germany, to obtain a suspension of the project.

This break was welcomed by the CCIA, a lobby of technology giants which includes Amazon, Facebook, Google, Twitter and Uber. “It is positive that the European Commission is giving priority to a global tax reform rather than a unilateral digital tax which risks derailing international efforts,” said Christian Borggreen, vice-president and head of the Brussels branch of the CCIA. To bounce back, the EU now has negotiations on the establishment of a world tax of at least 15% on the profits of the largest international firms. The details of this reform will be discussed until October within the framework of the OECD for implementation from 2023.