Understand everything about this stock market battle 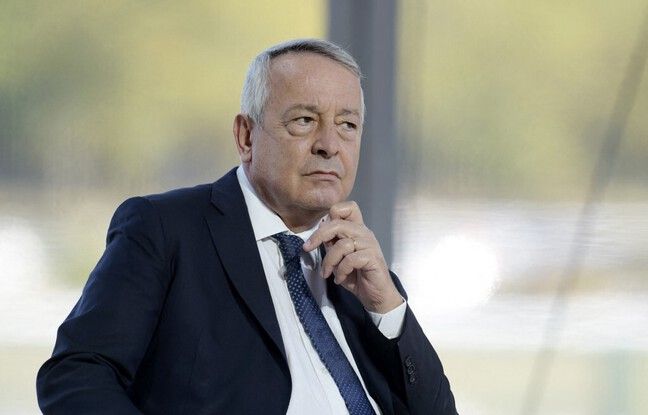 The war that is taking place between Véolia and Suez has just experienced a resounding new episode this weekend. The two behemoths specializing in water and waste services – which respectively generate 27 billion and 18 billion euros in turnover per year – have been clashing for months in a merciless stock market battle. The scenario: Véolia wishes to absorb Suez to become a “world champion” in its sector. “Together, the two companies now represent nearly 44% of the collective sanitation market and 50% of the water market in France” recalls the Senate in a press release published in November.

After having acquired, from Engie, 29.9% of Suez in October, Véolia thought to end its competitor by launching this Sunday a “takeover bid” (takeover bid). The group offered 18 euros per share to Suez shareholders, an amount higher than the stock market price, in order to convince them to sell their shares. This would normally have allowed Véolia to buy the rest of the capital of its competitor (i.e. 70.1%) for 7.9 billion euros and to fully control the company.

But this “hostile” or “unfriendly” takeover – because not desired by Suez – was blocked Monday morning by the Nanterre commercial court. And in the process, Bruno Le Maire, the Minister of the Economy, also criticized Véolia’s maneuver, announcing that he was seizing the financial markets authority (AMF), the gendarme of the Stock Exchange. 20 Minutes decrypts you the latest twists around this battle between two giants.

How is Suez fighting to prevent its takeover?

The referral to the commercial court on Sunday is only one of the many procedures launched by Suez to delay or even prevent the takeover steps by Véolia. For the leaders of Suez, the risk, in case of merger, is to see thousands of jobs cut and activities sold to other groups. Last year, the company thus created a foundation under Dutch law to protect its “Water France” activity and prevent a possible resale by Véolia.

Suez also obtained the dispatch of bailiffs, at the end of November, to the headquarters of Véolia and Engie (who sold him his shares in Suez) in order to verify the existence of possible secret discussions between the two groups, before the announcement of official negotiations. Finally, in January, Suez joined forces with two investment funds (Ardian and GIP) to try to counter the offer from Véolia.

Veolia did not let go of its prey. After having bought out the 29.9% of Suez’s capital held by Engie, it became the largest shareholder of its competitor. And a week ago, it obtained a legal victory concerning the deadline for consulting the bodies of Suez personnel. Véolia then estimated that this court decision allowed it to regain all its shareholder rights, and therefore to be able to weigh in at the next general meeting of Suez, scheduled for spring. The final objective is obviously to land the management hostile to the takeover project.

But the decision published this Monday morning by the Nanterre commercial court could further slow down the project. Because justice demands that Véolia’s “friendly commitments” be examined. In October, she had indeed promised not to launch a “hostile takeover” against Suez. The court therefore requested that a debate “on the merits” take place, which could last between one to three months. For its part, Véolia does not disarm and considers that the decision arrived after its filing with the AMF and therefore that this does not call into question its takeover bid. Moreover, she assures, “Suez is not interested in a friendly approach”. Caught in the crossfire, the AMF said Monday that it would communicate “when the time comes” on its position. In short, nothing is very clear yet.

Why does the role of the state raise questions in this matter?

For Bruno Le Maire, interviewed this Monday on Europe 1, “this operation [l’OPA] can only succeed if it is friendly (…) in the current circumstances, where we are facing the most serious economic crisis since 1929, French capitalism cannot be everyone’s war against everyone ”. The executive is indeed concerned about the possible social consequences of such a stock market transaction, which could lead to job destruction.

But the state has already missed a huge chance to influence the issue. Indeed, he is the largest shareholder of Engie. As such, it was therefore called upon to rule on the sale of Suez shares. On the day of the vote, October 5, the three directors representing the State, as well as the CGT representative, vote against the sale of Suez shares to Véolia. But they are outvoted by the other administrators.

End of the story ? Not really. Because on October 6, Mediapart draws a bomb: the executive would have “organized its powerlessness” on the file. On the one hand, he would have pretended to oppose Veolia’s project, while discreetly supporting it elsewhere. The proof ? The secretary general of the Elysee, Alexis Kohler, is said to have asked Engie’s CFDT representatives not to take part in the crucial vote – they have effectively left the room – in order to ensure that Véolia can obtain the titles of Suez. A version denied by the Elysee.

Besides Mediapart, politicians have also questioned the interest of the operation: Arnaud Montebourg, former socialist minister in Bercy, sees it as “a rigged sale”, while the deputy LR Olivier Marleix accused in October: “which proves that the state fully agrees with this strategy [de Véolia], is that if he was against, he would have asked for an extraordinary general meeting [chez Engie], and he had a blocking minority to stop the case ”.

Between creativity and defensive balance, the future projects of Mauricio Pochettino

Instagram, TikTok … More than one in four influencers conceal their business partnerships