Understanding everything about retirement benefits 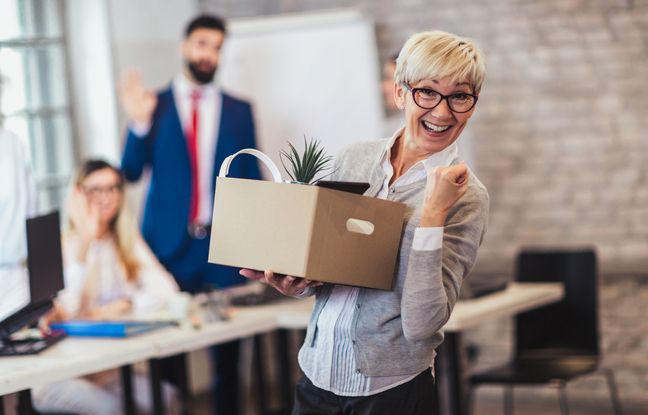 After decades of hard work, it’s time to bow out with a well-earned rest. And the end of your career can be accompanied by a more or less important specific allowance according to your seniority. But, depending on the situation, the tax authorities can also assert their rights to this pot.

We take stock of the system in force, pending the future universal pension plan.

Typically, it is on their own initiative that workers decide to hang up their aprons and apply for retirement once they have contributed enough to get a full pension. If they have remained in their post for at least ten years in their last company, it then owes them legal retirement compensation.

Between ten and fifteen years of seniority, you will receive half a month’s salary, knowing that the scale is then progressive. It is only after thirty years of service in the same company that you will be able to receive two full months of salary, unless there is a more favorable collective agreement. Note that depending on the option most advantageous for you, the remuneration used for this calculation will correspond to one twelfth of your gross pay for the last twelve months or to one third of the last three months.

In any case, keep in mind that this compensation will be subject to social security contributions and fully taxed in your income. Moreover, to avoid too much taxation at once, it was previously possible to request a spread of the payment of the tax over four years. But the workers who received their retirement allowances in 2019 are the last to benefit from it since this option was removed in 2020. From now on, it is necessary to submit to the “quotient system” which consists of paying the tax in one go. relating to this exceptional inflow of money.

Unfortunately, it is not uncommon for a career to end with dismissal. When your retirement is not on your initiative, the state is careful not to make the situation worse by subjecting you to taxes. Thus, if you assert your right to retirement within the framework of a social plan, all of the severance payments received will be tax exempt.

In addition, any employer can offer an employee to hang up once he has reached the age of automatic entitlement to a full-rate pension, i.e. between 66 and 67 years depending on the year of birth. The employee is however free to refuse. It is only from the age of 70 that he can be automatically retired. In either case, this departure must give rise to compensation, regardless of the time spent in the company. The legal minimum corresponds to a quarter of a month’s salary per year of seniority for the first ten years and to a third above this threshold.

This envelope is also exempt from taxes, within the limit of the legal or contractual ceiling. Beyond that, you still benefit from an exemption of 50% of the amount or double the previous gross annual compensation (202,620 euros maximum for retirement in 2019). It is therefore only the fraction of the indemnity above this limit that will be imposed for wages. Likewise, social contributions only apply when the sum exceeds ten annual social security ceilings.

What about early retirement?

An employee can, under certain conditions, retire before the legal age. This is called early retirement. Thanks to the early retirement-dismissal scheme, it was possible to benefit from a special allowance from the National Employment Fund (FNE) upon departure. However, this system ended in 2011.

Today, only workers who have had arduous jobs can leave earlier. To do this, they must justify a permanent incapacity of professional origin or have accumulated a certain number of points on their prevention account. Their compensation will also be taxable here. On the other hand, it will be completely tax exempt in the case of the specific “asbestos early retirement” scheme.