Unlike much of Europe, Switzerland is easing its health restrictions 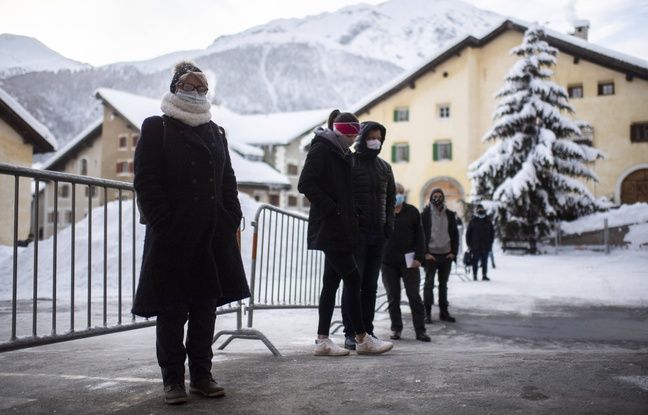 Despite the health crisis that is also affecting its territory, Switzerland has decided to take measures against a large part of other European countries. From Monday, restaurant terraces, cinemas and sports halls will reopen there.

On April 19, “subject to certain restrictions, it will again be possible to organize events open to the public, for example in stadiums, cinemas or concert halls and theaters. Indoor sporting and cultural activities will also be permitted again, including certain competitions. Finally, restaurants will be able to reopen their terraces, ”said the Federal Council.

However, the federal government recognizes that “the epidemiological situation remains fragile and has even deteriorated in recent weeks” and that it is too early to measure the impact of the Easter holidays on the dynamics of the pandemic in the country. To justify this choice, Alain Berset, the Federal Councilor in charge of Health paid a vibrant tribute to the population, believing that thanks to the responsible behavior of the majority of Swiss, it had been possible to gradually ease the restrictions imposed in February. faced with a situation which deteriorated sharply.

Confidence at the heart of government strategy

“It is really a question of trust between us, in Switzerland”, underlined the adviser during a press briefing. He also insisted on the need for the population to continue to apply barrier gestures and not to take the partial lifting of the measures announced Wednesday as a signal that everything is allowed. To get its message across, the Federal Council recalls that “depending on developments in hospitals, it is not excluded to have to revisit the flexibilities”.

Currently, the rate of daily infections in Switzerland is roughly equivalent to that found in Italy and Germany, but lower than the European Union average and three times lower than in France. Another argument in favor of easing restriction measures, the government considers that the vaccination campaign is progressing well. Nearly half of those over 80 and around 30% of those aged 70 to 79 are fully vaccinated, and the upsurge in hospitalizations “remains relatively low” and the occupancy rate of intensive care units is stable.