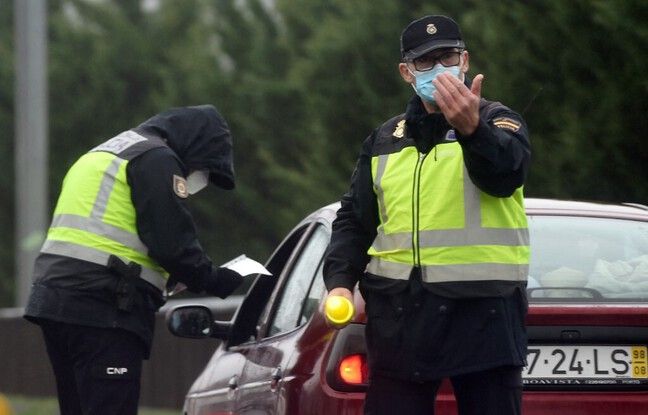 A fine for the Spaniards who refuse to be vaccinated against the Covid-19? This title, reductive, circulates on social networks and blogs. Our European neighbors who would refuse this vaccine would risk up to 60,000 euros in fines, a highly dissuasive amount.

This law should only apply in Galicia, an autonomous community in the north-west of the country. 41 MPs from the People’s Party (right) voted on Tuesday in favor of rectifying the 2008 health law. As the law has not yet appeared in the Galicia Official Gazette, it has not yet entered into force.

The text actually draws up a new series of offenses, for an epidemic context, including an “unjustified refusal” to submit to vaccination to “prevent or control a transmissible infectious disease”. The text does not define what grounds could justify a refusal.

Other offenses added to the law

The other planned offenses cover measures currently being taken in various countries to combat the pandemic. Thus, the 2.7 million Galicians are liable to a fine if they do not wear a mask or other means of prevention or if they “unjustifiably” refuse to submit to a health examination or a diagnostic test prescribed by a healthcare professional with the aim of “monitoring and controlling a communicable infectious disease”. They also risk a lot if they do not respect the limits related to gatherings that would be decided by the authorities.

People who refuse to be vaccinated under the conditions defined by law face a fine. If the offense is deemed light, its minimum amount will be set at “less than one thousand euros”, the law provides without further details, and may amount to 3,000 euros. In the event of offenses deemed serious, the fine may rise from 3,000 to 60,000 euros, with different levels.

The vote for this text aroused opposition locally, but also in Madrid. The central government has made known on several occasions its desire to leave each citizen the choice to be vaccinated or not against Covid-19.