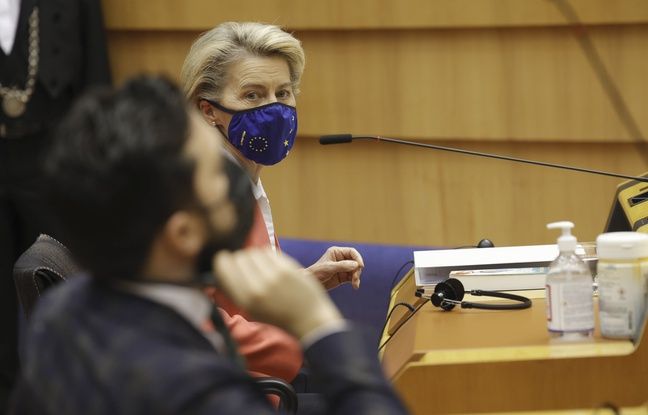 The incident is far from being forgotten. On Monday, European Commission President Ursula von der Leyen called on European leaders to demand that Turkey respect women’s rights as a “prerequisite for resuming relations” with Ankara. A request that follows the protocol incident of which she was the victim during the meeting with Turkish President Recep Tayyip Erdogan on April 6.

The President of the Commission had been placed on a couch, while Charles Michel, representative of the EU Member States, and President Erdogan took their seats in the only two armchairs available. The so-called “sofagate” incident was at the heart of a debate in Parliament on Monday.

“I felt alone as a woman”

“I felt hurt and I felt alone as a woman and as a European,” she said to the President of the European Council Charles Michel, accused of not having reacted. Ursula von der Leyen linked this incident with President Erdogan’s decision to withdraw Turkey from the Istanbul Convention, described as a “terrible signal”.

“Respect for women’s rights” as a prerequisite

On this occasion, the President of the European Commission called on EU member states to ratify this convention, because “violence against women and children is a crime and it must be punished”. “Respect for women’s rights must be a prerequisite for resuming dialogue with Turkey, but it is far from being the only prerequisite,” she said.

EU leaders are due to decide at a summit in June what to do with the relationship with Turkey. The President of the Council recalled that the resumption of relations with Ankara will be gradual and reversible. “Cooperation will be difficult to envision if negative measures are to continue in these areas,” he warned.

“Europe should not ask itself where it should sit, but how to stand up”

Charles Michel’s behavior in Ankara was harshly judged during the debate. But elected officials also expressed their concern at the antagonism between the presidents of two institutions. “The mission in Ankara had to be a message of strength. It was the one of weakness ”, lamented the German Manfred Weber, the leader of the group of the European People’s Party (pro-European right).

“Precedence does not interest me”, for her part launched the French liberal MEP Nathalie Loiseau (Renew), denouncing the human rights violations committed in Turkey and the “unfriendly” actions of Ankara vis-à-vis the member of the EU. “Europe should not ask itself where to sit, but how to stand up,” she said.

After Google and...
Read more