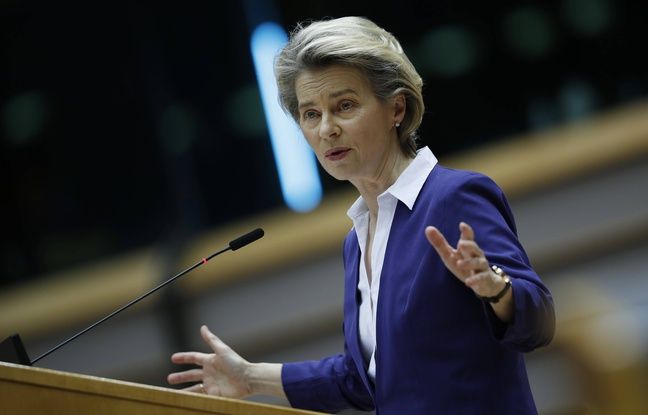 It responds once again to the challenges. The President of the European Commission, Ursula von der Leyen, on Saturday rejected again in the German press the criticisms according to which the European Union had taken too long to conclude agreements for pre-orders for anti-Covid vaccines with pharmaceutical companies.

The difficulties in the supply of vaccines against Covid-19 in Europe are linked to the fact that there is “a global shortage of important components that go into the manufacture of vaccines”, she assured in a forum at the Sunday newspaper Frankfurter Allgemeine Sonntagszeitung, aired on Saturday.

Recognizing that this problem was proving to be “painful” because of the high expectations of Europeans, she stressed: “If we had all been aware at the time of the risks involved in launching such mass production, then we would have tempered expectations for rapid vaccination ”.

His remarks come at a time when criticism is fired in Germany and Europe on the slowness taken by the vaccination campaign started on Boxing Day, while the populations appear exhausted by months of restrictions.

The support of Merkel and Macron

The government of Chancellor Angela Merkel, of which Ursula von der Leyen is a former minister and a close friend, is particularly targeted by the Social Democrats who are in power as a minority partner of the “grand coalition”.

The head of the European executive has repeatedly rejected these criticisms and received the support of Angela Merkel and French President Emmanuel Macron on Friday. The German leader notably assured that the decision of the Twenty-Seven to order doses together was “the right one”.

Ursula von der Leyen also reiterated in this forum that the EU would certainly face new problems due to the appearance of variants of the virus. “We are concerned about these mutations,” she warned, although “fortunately” all the evidence so far shows that “our vaccines are also effective against these variants.”

“We must now prepare for a scenario where the virus can no longer be sufficiently destroyed with current vaccines,” she warned. Brussels is therefore working “without delay” with “industry and science” to “develop, authorize and produce vaccines against future variants”, concluded Ursula Von der Leyen.

Faced with the labor shortage, catering or construction “must offer something other than a fixed-term contract at the minimum wage”