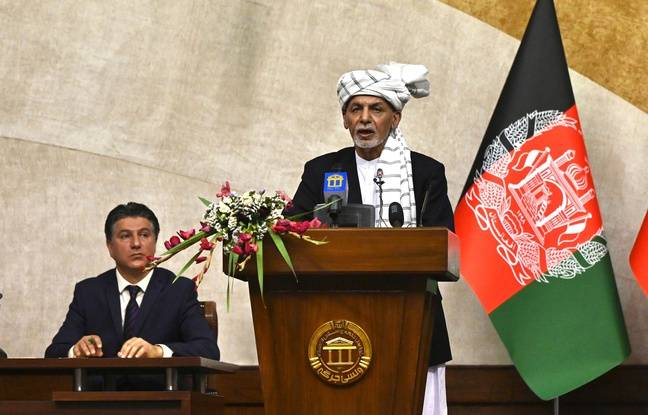 Afghan President Ashraf Ghani raised his voice on Monday. In a speech to parliament, the head of state blamed the worsening military situation across Afghanistan on the “sudden” decision by the United States to withdraw all American soldiers from the country.

“The current situation is due to the sudden decision” of Washington, he declared, against a backdrop of all-out offensive by the Taliban. After having conquered vast rural areas in the last three months, thanks to the final withdrawal of foreign troops, the insurgents have tightened their grip in recent days on three major cities of the country.

Referring to an “imported” peace process, Mr. Ghani also accused Washington of having pushed for “the destruction of the Republic” and the “legitimization” of the Taliban by negotiating directly with them in Doha, talks which culminated in early 2020 in an agreement providing for the departure of foreign troops from Afghanistan.

In his speech, the president said he had prepared a six-month plan to stem the advance of the Taliban, without giving details. Zabihullah Mujahid, a spokesperson for the Taliban, called Mr. Ghani’s comments on Twitter “nonsense.”

The Afghan forces have so far offered little resistance to the advance of the Taliban and essentially control only the main roads and the provincial capitals.

But while the withdrawal of international forces is almost complete, urban fighting for several days between Afghan and Taliban forces in Lashkar Gah, one of the three Afghan provincial capitals under direct threat from the insurgents. They also confront Afghan forces in the suburbs of Kandahar and Herat, the second and third most populous cities in the country.

CNews dismisses Eric Zemmour from the air after the CSA decision