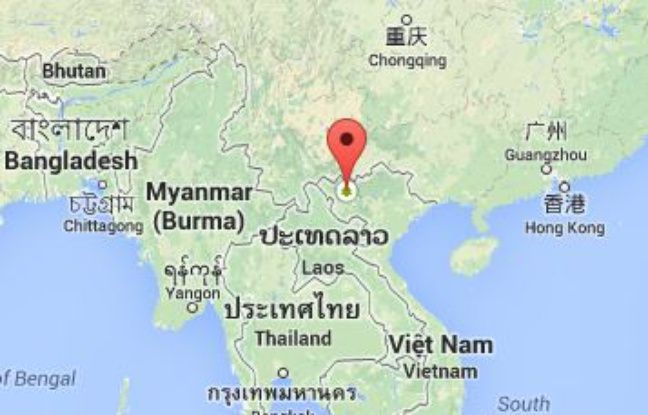 Daniel Kritenbrink, the United States’ ambassador to Vietnam, set the Internet on fire on the occasion of the Lunar New Year, also known as Tet holiday. The career diplomat, previously stationed in Kuwait, China and Japan, posted his wishes while participating in a rap music video.

In this video, he appears walking the streets of Hanoi and Ho Chi Minh City with headphones around his neck. He is accompanied by local music stars there and is seen drinking coffee and tasting Vietnamese snacks.

The Lunar New Year is the most important holiday of the year in Vietnam, where it is the occasion for family reunion. This date is also loaded with meaning in relations between Washington and Hanoi, whereas the Communist North launched in 1968 the “Tet offensive”, taking by surprise the government of the South, supported by the United States, an episode which marked a turning point in the war.

US ambassador to Vietnam Dan Kritenbrink just released this rap song to wish everyone in Vietnam a Happy Lunar New Year.🧧The full original video can be found on the Facebook of US Embassy in Hanoi. pic.twitter.com/ERAi9SJDAf

The atmosphere is much lighter in Daniel Kritenbrink’s video, where the diplomat declares by rapping: “Tet in Vietnam is the best”, his headphones around his neck. In another scene, he is seen singing, feather duster in hand: “Clean the house, friends are on their way. “

The three-minute clip has been loved and shared thousands of times since it was released on Tuesday. Most netizens praised it, finding the video “adorable” or “funny” – but others were less complimentary. “Has the US State Department turned into a rapper department? », Asks one of them in a message posted on the official Facebook page of the United States Embassy.

Tensions on the currency

Relations between the two countries, marked by a decades-long war, started again in 2016 when then-US President Barack Obama visited the country and lifted a long-standing embargo on the United States. Vietnam. But trade tensions recently revived when Washington accused Hanoi of manipulating its currency.

This did not cool the ambassador. “From my ribs, to your ribs, our friendship endures,” he declaimed while rapping. “The United States and Vietnam, now and forever, as trusted partners, we thrive together. “