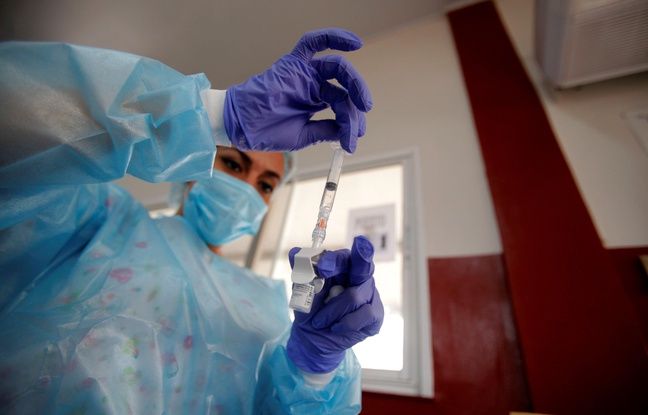 Americans will have the choice between three vaccines to deal with Covid-19. The United States on Saturday granted emergency clearance for Johnson & Johnson’s vaccine for people aged 18 and over, the United States Medicines Agency (FDA) said. President Joe Biden immediately welcomed this approval while calling not to “lower our guard” against the pandemic.

This single-dose vaccine called Janssen Covid-19, which can be stored at refrigerator temperatures, joins those of Pfizer / BioNTech and Moderna in the huge vaccination campaign in the United States, where the pandemic has claimed more than 500,000 lives. After studying in detail the data of clinical trials, conducted on more than 43,000 people, a committee of experts had recommended Friday the marketing of the vaccine of the American company.

At least three million doses of the “J&J” product are ready for distribution as early as next week, according to the US government. Johnson & Johnson has committed to ship 100 million doses to the United States by the end of June. With 600 million doses ordered in total from Pfizer and Moderna, the United States will already have, by the end of July, enough vaccines to immunize almost the entire population. The addition of the Johnson & Johnson doses could further accelerate the vaccination campaign. In total, more than 72 million injections have already been performed in the country.

The “J & J” vaccine, which injections have already started in South Africa, is a “viral vector” vaccine. It uses as a carrier another low virulent virus, transformed to add genetic instructions from part of the virus responsible for Covid-19. Once in the cells, a typical SARS-CoV-2 protein is produced, educating the immune system to recognize it.

In clinical trials, the vaccine’s efficacy was 85.9% against severe forms of Covid-19 in the United States, according to figures released by the FDA. It was 66.1% against moderate forms of the disease, and overall “similar” for all categories of the population (ages, ethnic groups). The most frequently observed side effects were pain at the injection site, headache, fatigue, and muscle pain.