US Burning Man festival canceled for second year in a row 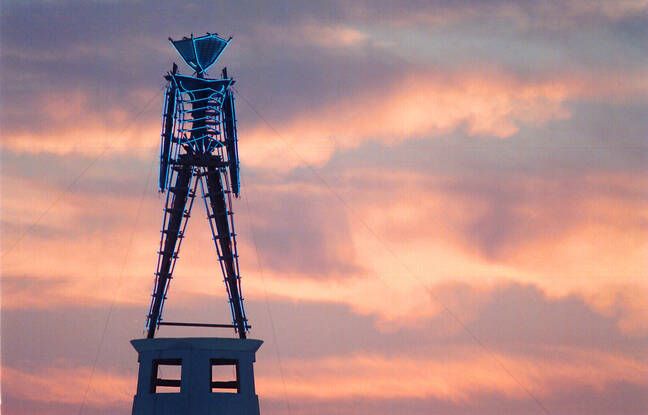 The coronavirus has, for the second year in a row, saved Burning Man from the flames. The American alternative festival, held annually in the Nevada desert, has been canceled due to a pandemic, organizers said. A return of the event is announced for 2022.

“For 2021, we know that the need to come together has never been stronger, and building a community is what” burners “(festival-goers) do best”, explained the director of the festival, Marian. Goodell, in a video posted on the official website Tuesday. “But we are also aware that the pandemic is not over.” Therefore, the organizers of this large annual gathering have decided to cancel the 2021 edition, initially scheduled for August 26 to September 3, after doing the same last year.

Launched in 1986 in San Francisco, Burning Man is meant to be an indefinable event, between celebration of counter-culture and spiritual retreat. The tradition, which gave its name to the festival, is that the giant statue of a man at the end of the gathering is burned. Initially an artistic happening on a beach, Burning Man has grown into a structured festival, with a budget of nearly $ 45 million in 2018 and around 80,000 participants. Since 1991, it has been held in the Black Rock Desert, a protected area in northwest Nevada, which the organizers are committed to preserving. One of the ten principles of the festival is to leave no physical trace of the event after it has been held.

Marian Goodell also invited those who wished to “create communities” around the world, and to celebrate Burning Man week. She recalled that the Black Rock Desert would be open to the public throughout the summer, hinting that those who want to can go there, even if Black Rock City, the festival’s pop-up city, will not be there. this year.