US sends Secretary of State Antony Blinken to consolidate truce 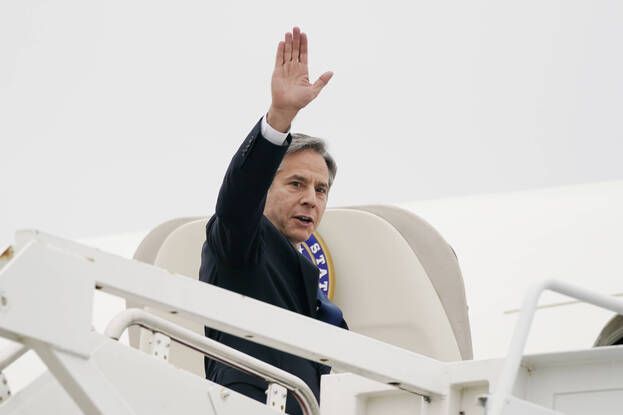 US Secretary of State Antony Blinken on Tuesday began a tour of the Middle East in Israel in the hope of consolidating the truce between the Jewish state and Palestinian Hamas after bloody clashes that wreaked havoc in Israel and especially in the Gaza strip.

The head of US diplomacy, whose plane landed in the morning at Ben-Gurion airport in Tel Aviv, is due to meet during the day with Israeli Prime Minister Benjamin Netanyahu and the President of the Palestinian Authority, Mahmoud Abbas, before continuing his tour in Egypt and Jordan, two key players in regional stability.

The aim is “to support their efforts to consolidate the ceasefire,” Antony Blinken tweeted Monday, while US President Joe Biden said the secretary of state should “evoke the unwavering support (from the United States). United) to the security of Israel ”and continue“ the government’s efforts to rebuild ties with the Palestinians ”.

In the wake of the ceasefire, the two leaders reaffirmed their support for the “two-state solution”, Israeli and Palestinian, supported by the international community but shunned by the Trump administration and postponed to Greece by the new government before the crisis of recent weeks.

But the latest statements from the State Department and the White House do not even refer to the “two-state solution”. “Our priority is really above all to ensure that the ceasefire holds,” a senior American official told reporters before the Secretary of State’s departure, deeming “premature” all more ambitious targets.

Despite intense diplomatic efforts, tensions persist on the ground. A knife attack injured two people, including an Israeli soldier, Monday in Jerusalem near the Sheikh Jarrah neighborhood. The assailant, a 17-year-old Palestinian according to the official Palestinian agency, was shot dead by Israeli security forces.