US to approve Pfizer vaccine for 12-15 year olds 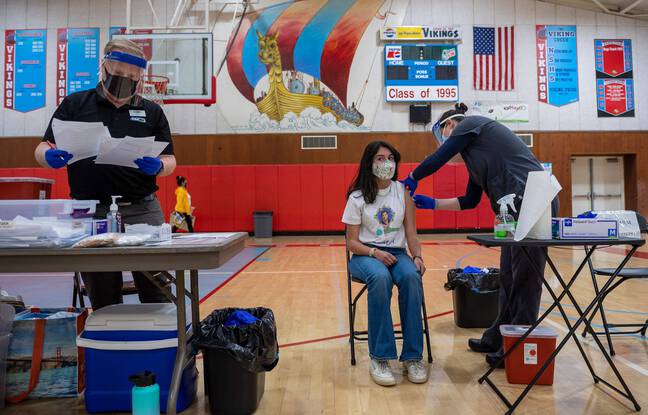 It is an essential step to hope to achieve mass immunity. In the United States, the Federal Medicines Agency is expected to authorize the Pfizer vaccine against Covid-19 for 12-15 year olds in the coming days, according to CNN, the AP agency and the New York Times, all of which hold the information from a senior FDA official. The European Medicines Agency (EMA) announced Monday that it was starting the evaluation of a Pfizer / BioNTech study, the results of which were published last month.

According to CNN, the green light could intervene as early as next week in the States. BioNTech and Pfizer announced on Friday that they had asked the EMA to extend the authorization of their vaccine in the European Union to 12-15 year olds, which is currently limited to people over 16 years old. In the United States, the two companies filed a similar request in early April to extend the emergency clearance granted by the FDA.

According to data from a Phase 3 clinical study from Pfizer, published in late March, the vaccine was “100% effective” in this age group, and was “generally well tolerated”.

In the United States, 56% of the adult population has received at least one dose, and 40% are fully vaccinated. But the number of daily injections is falling, and with nearly a third of Americans reluctant to be vaccinated, achieving mass immunity, which has been scaled up because of the variants – around 80 % of the population – could be difficult if not impossible. Especially without vaccinating minors, who make up nearly 25% of Americans.

Share
Facebook
Twitter
Pinterest
WhatsApp
Previous articleYahoo and AOL sold at a loss by Verizon to the Apollo fund
Next articleAt the heart of the Epstein case, the trial of Ghislaine Maxwell postponed to the fall