US to share 60 million AstraZeneca doses with other countries 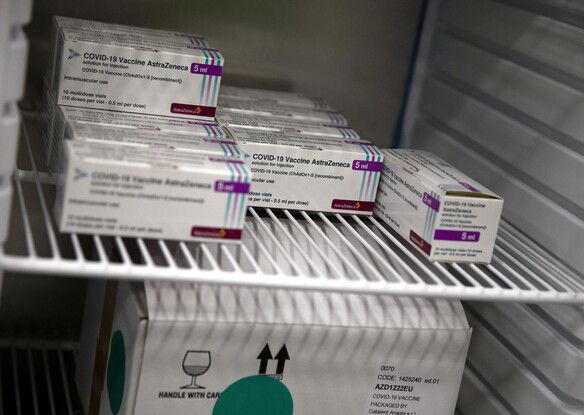 It’s a rich man’s problem. The United States, which has ordered too many Covid-19 vaccines, will provide other countries with 60 million dust-gathering AstraZeneca doses, the White House announced on Monday, hitherto criticized for refusing to export this vaccine not yet authorized in the country.

“The United States will release 60 million doses of AstraZeneca vaccine for the benefit of other countries as they become available,” tweeted Andy Slavitt, White House adviser on the fight against the coronavirus . He brushed aside criticism accusing Washington of accumulating doses without using them. “At present, there are still very few available. No time has really been wasted, ”he said.

Enough doses for the entire population

The executive is still “planning” for this measure, said White House spokeswoman Jen Psaki, promising details “in the near future” on who will benefit from these vaccines. “Before the doses of AstraZeneca are sent from the United States, the FDA (the US Medicines Agency) will confirm that these doses meet quality requirements,” she said. Washington had already announced agreements to send 2.5 million doses of AstraZeneca vaccine to Mexico, and 1.5 million to Canada.

In the United States, 54% of the adult population has received at least one dose, and 37% are already fully vaccinated. Only three vaccines are currently authorized: those from Pfizer / BioNTech, Moderna and Johnson & Johnson, and there should be enough stocks to vaccinate the entire population by the summer. Suddenly, millions of doses of AstraZeneca vaccine have been produced in the country, where they can not yet be used for the moment.