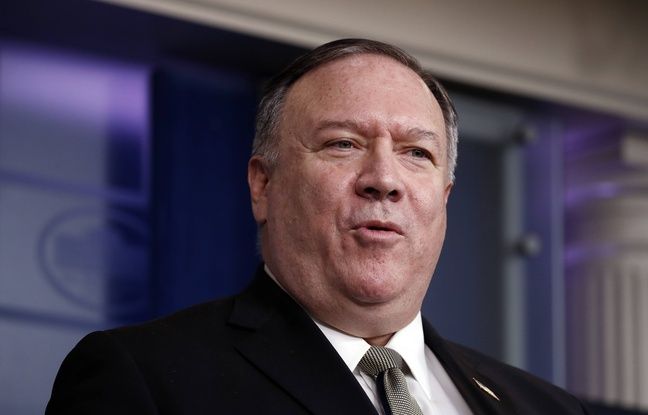 “Immediate” measures will be taken by the United States against organizations linked to the BDS movement to boycott Israel, deemed “anti-Semitic”, declared the head of American diplomacy, Mike Pompeo, this Thursday in Jerusalem.

“Today I want to make an announcement (…) we are going to take immediate action to identify organizations involved in the BDS hate campaign and withdraw US support for these groups,” said Mike Pompeo during a press briefing with Israeli Prime Minister Benjamin Netanyahu.

South Africa as an example

In February, Mike Pompeo accused the UN of an “anti-Israel bias” after the publication of a list of companies operating in Israeli settlements, considered illegal by international law. This publication “facilitates” the BDS campaign and “delegitimizes Israel”, estimated the head of American diplomacy.

BDS (boycott, divestment, sanctions) is a worldwide campaign of economic, cultural or scientific boycott of Israel, in order to obtain an end to the occupation and colonization of the Palestinian Territories. Its support is based on the example of South Africa, asserting that the boycott of the country made it possible to end the apartheid regime.

Israel accuses the BDS campaign of anti-Semitism and of questioning the very existence of the Hebrew state, which the movement denies. In accordance with a law in force since 2017, Israel forbids entry into its territory to foreigners accused of supporting the BDS campaign.

Israel’s colonization of the occupied West Bank and annexed East Jerusalem has continued under all Israeli governments since 1967, but has accelerated in recent years under the leadership of Prime Minister Benjamin Netanyahu and with the benevolence of his ally in Washington, Donald Trump.