Vaccination required from September at the entrance to nightclubs, announces Boris Johnson 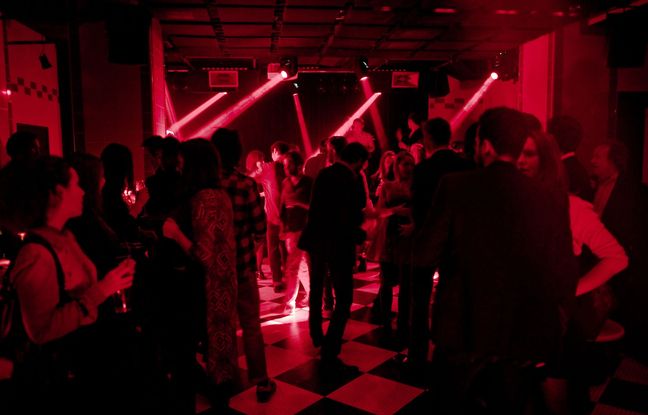 To enter establishments welcoming a large audience in the United Kingdom, such as nightclubs, in September, it will be necessary to present a health pass proving a complete vaccination against the coronavirus, announced the Prime Minister, Boris Johnson, on Tuesday.

“By the end of September, when all young people over the age of 18 have had the opportunity to be doubly vaccinated, we plan to make full vaccination a condition of entry into nightclubs and other places welcoming a lot of people, ”declared the head of the Conservative government. A negative test will then no longer be sufficient, he said.

This announcement was immediately criticized by the profession. “To say that we are disappointed by this about-face of the government is an understatement”, reacted Peter Marks, owner of the largest chain in the United Kingdom, for whom far from convincing the recalcitrant, this measure will encourage people to make the party at home. On the first day of lifting most of the latest restrictions in England, as the Delta variant skyrockets contaminations, Boris Johnson repeated his call for caution. If necessary in the coming weeks, the government will make compulsory the presentation of proof of vaccination, negative test or natural immunity to access the discotheques, which were able to reopen after a year and a half of closure.

Holding a press conference remotely from his country residence in Checkers, where he must self-isolate because he is in contact after his Minister of Health tested positive, Boris Johnson admitted he could not “guarantee” the “irreversible” nature of the lifting of the restrictions. “We must be humble in the face of nature,” he said. As hundreds of thousands of contact cases are forced into self-isolation, some essential workers such as railway workers or air traffic controllers will be granted an exemption allowing them to work, provided they have received their second dose in at least two years. weeks, the government said. Among the hardest-hit countries in Europe with more than 128,700 deaths, the UK has recently recorded more than 50,000 new daily cases, a rise attributed to the more contagious Delta variant.

To justify its decision to abandon, among other things, the obligation to wear a mask or gauge in stadiums or theaters despite warnings from scientists, the government invokes its vaccination program, which has made it possible to completely vaccinate nearly 69% adults. “If we don’t do it now, then when?” Boris Johnson pleaded, noting the increased risk in colder times and when schools are functioning. The campaign will now extend to young people aged 12 to 15, but only those who are vulnerable.

Currently, young people over the age of 16 can be vaccinated if they are at high risk due to underlying conditions. The vaccination program will now be extended to “young people aged 12 to 15 with severe neurological disabilities, Down syndrome, who are immunocompromised and have severe or multiple mental disabilities,” the secretary told Parliament. State in charge of vaccination, Nadhim Zahawi.

12-17 year-olds who are in contact with immunocompromised people in their homes will also be concerned, he added, as well as 17-year-olds in the three months preceding their 18th birthday. The vaccine used will be Pfizer / BioNTech, which has been approved for children over 12 by the UK regulator. The commission in charge of supervising the vaccination does not recommend at this stage to vaccinate those under 18 without underlying health problems, underlined in a statement the Minister of Health Sajid Javid, but continues to examine the “new data And “will consider recommending vaccination of those under 18 without underlying health problems at a later date.”

Lemar offers victory to Atlético in the 99th (!) For Griezmann’s big comeback

After the crimes of Eve Périsset and Ella Palis, Deacon calls Deslandes