Vallourec cuts more than 1,000 jobs, including 350 in France 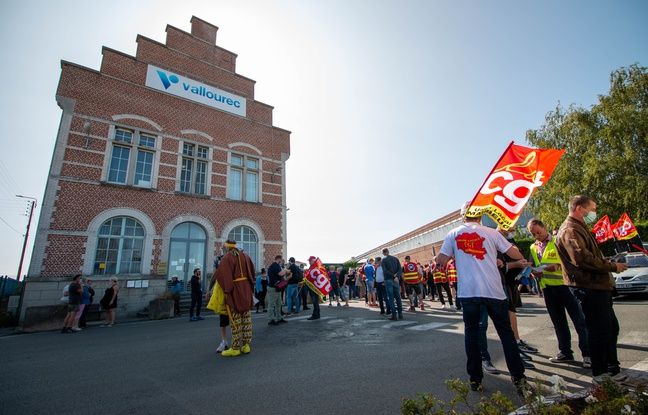 More than a thousand jobs eliminated, including 350 in France where a plant in Seine-Maritime will be closed: the industrialist Vallourec, still heavily penalized by the coronavirus pandemic and in debt, announced on Wednesday a new series of measures to strengthen its competitiveness.

French specialist in seamless tubes and dependent on a hydrocarbon market which has contracted sharply since the start of the health crisis, Vallourec had already announced in the first half of the year the elimination of 900 jobs in North America, i.e. a third of staff in the area.

Closure of the Déville-les-Rouen plant

For France, the restructuring plan provides for the elimination of 350 jobs, particularly on production units, including the closure of the Déville-les-Rouen (Seine-Maritime) plant. “It’s a real shock for our territory,” said in a statement the deputy (LREM) of the department, Damien Adam, referring to “nearly 190 employees” thus concerned and saying he was determined to “do everything” so that the site “Finds an activity with industrial vocation taking again a maximum of jobs”.

“The disappearance of the company weakens a little more the industrial ecosystem of the Metropolis” of Rouen, lamented the president LREM of the departmental council, Bertrand Bellanger, while the mayor PS of Rouen and president of the Metropolis Rouen Normandie, Nicolas Mayer-Rossignol, expressed his “anger” at a “huge mess”, affirming that “these announcements constitute a major industrial shock for our Metropolis, which cannot remain unanswered”.

Some 500 jobs cut in Brazil

The elected officials of the Hauts-de-France region and of several municipalities where Vallourec is present also reacted to express their vigilance “on the jobs of the industrial sites of Aulnoye-Aymeries, Saint-Saulve, as well as of the support site of Valenciennes” . In Germany, the group expects 200 fewer jobs and reductions in working time. Finally, in Brazil, 500 positions will be eliminated in support functions.

These measures follow a third quarter which saw the group’s turnover fall by a third to 716 million euros, while the net loss widened slightly to 69 million euros (compared to 60 million a year ago). Results “in line with our expectations”, commented the chairman of the management board Edouard Guinotte, insisting on Vallourec’s “resilience”. The group thus announced the renewal for five years of its framework contract with Total, following the extension in July of the partnership with Petrobras.

But the very sharp drop in demand on the Oil and Gas market, particularly in North America, and the decline in activity in industrial sectors in Europe, were only partially offset by a good quarter in Brazil.

In total, deliveries were almost halved over one year, to 319,000 tonnes. And the economic context remains “very uncertain”, underlined Edouard Guinotte. However, the group maintained its financial outlook for fiscal year 2020. Over the first nine months, sales fell by a quarter to 2.4 billion euros and the group recorded a net loss of 636 million (against 227 for the same period of 2019).

In this context of activity severely penalized by the health crisis, which slowed down economies and reduced demand for hydrocarbons, Vallourec began negotiations this fall with its creditors to restructure its debt, which amounted to 3.5 billion. euros at the end of September. On Tuesday, the group said it was aiming to reduce its debt by just over 50% through a capital conversion, thus diluting current shareholders, as the company’s stock price plummeted. by 98% in ten years.

“The negotiations with the creditors are just starting”, said Edouard Guinotte, who wants to achieve “as quickly as possible”, and in any case before February 2021, date of the maturity of credit lines up to 1.7 billion euros. ‘euros.

Share
Facebook
Twitter
Pinterest
WhatsApp
Previous articleThe contract for a vaccine between the European Union and Moderna concluded “in a few days”
Next articleThe Covid-19 killed 250,000 in the United States, New York is closing its schools