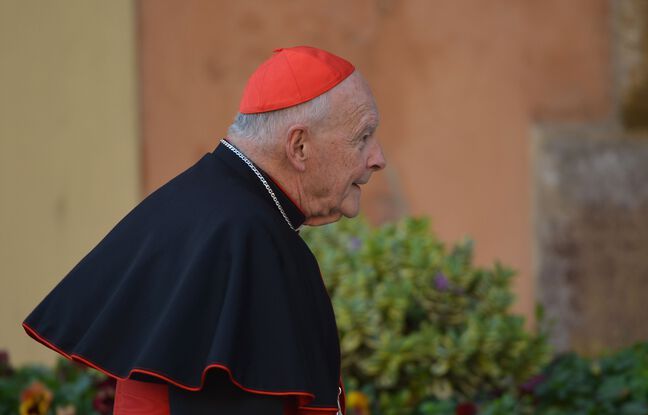 In a long-awaited report, the Vatican recognizes errors on Tuesday but denied having passed over in silence the sexual acts of Theodore McCarrick. Defrocked late, the former American cardinal is suspected of child abuse.

In the 450 pages of the report, fed by 90 interviews and the consultation of the archives which required two years of work, the Holy See considers in particular that several American bishops have long provided “inaccurate and incomplete” information on his sexual “misconduct”.

The conclusions, in ten pages, will disappoint all those who hoped for shattering revelations about an omerta scandal from the highest hierarchy of the Church, including three successive popes. Regarding McCarrick’s brilliant career, Vatican number two Cardinal Pietro Parolin emphasizes that no Church decision-making process “is free from error” because it is dependent on “omissions” with serious consequences of its members.

Rumors of his invitations to young seminarians and adult priests to share his bed, released in the 1990s, the warning of a cardinal reporting allegations of abuse of a priest, will not have prevented the influential prelate to be appointed archbishop of Washington at the end of 2000 and to be created cardinal in the process, coronation of a long career decided by the Polish Pope John Paul II.

Old Cardinal McCarrick, already retired, fell from his pedestal after a first complaint for sexual assault arrived only in 2017, filed by a man who was 16 at the time of the facts in New York in the 1970s. An investigation is pending then launched with the approval of Pope Francis. Theodore McCarrick will have his cardinal title withdrawn in the summer of 2018, before being defrocked in early 2019, an almost unprecedented sanction.

In the fall of 2018, Pope Francis had promised to deliver an “in depth” investigation into this influential prelate who was bishop of New York, Metuchen and Newark (New Jersey). Since then, associations for the defense of victims of sexual abuse by priests have constantly demanded its conclusions.

Over the past two years, the Holy See has put in place a battery of new preventive measures to fight against sex scandals in the Church, for example forcing priests to denounce their superiors.