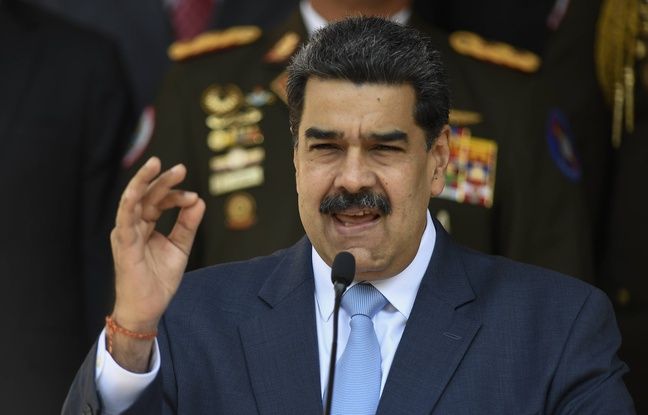 In response to a new round of sanctions from Brussels, Venezuela decided on Wednesday to expel the European Union ambassador to Caracas, giving her 72 hours to leave the country, announced the Minister of Foreign Affairs.

“Today, by decision of President Nicolas Maduro, we have personally delivered to Mrs. Isabel Brilhante (…) a declaration of persona non grata”, Jorge Arreaza told the press, after a meeting with the diplomat. “He was given 72 hours to leave Venezuelan territory,” he added.

On Monday, the EU sanctioned 19 senior officials of Nicolas Maduro’s regime for their role in acts and decisions that it said undermine democracy and the rule of law in Venezuela. The decision, validated by the Foreign Ministers of the Twenty-Seven, brings to 55 the total number of Venezuelan government officials and senior officials sanctioned by the EU (travel ban and asset freeze on EU territory) .

The EU notably sanctioned Omar Jose Prieto, governor of the state of Zulia, the commander of the armed forces Remigio Ceballos Ichaso, three officials of the Electoral Council, including its president Indira Maira Alfonzo Izaguirre, as well as two deputies. The EU announced in January that it was ready to adopt additional targeted restrictive measures, given the deteriorating situation in Venezuela following the legislative elections in December 2020.

A similar gesture at the end of July

At the end of this election, boycotted by the main opposition parties and whose results were not recognized by the United States, the European Union and several Latin American countries, the party of President Maduro and its allies won 256 of the 277 seats in the National Assembly. Jorge Arreaza denounced “illegal” sanctions. “Let us hope that the European Union reflects, hope that we can rebuild bridges of understanding, of dialogue, hope that they learn to respect (us),” he added.

On July 29, after a previous battery of European sanctions, Nicolas Maduro had already declared persona non grata Isabel Brilhante Pedrosa, of Portuguese nationality, and had given her 72 hours to leave the country. However, when the deadline expired, the government had backed down, while asking the EU for “gestures” in return. Venezuela became in 2017 the first Latin American country to be sanctioned by the EU.