Veolia puts 7.9 billion euros on the table to buy all of Suez 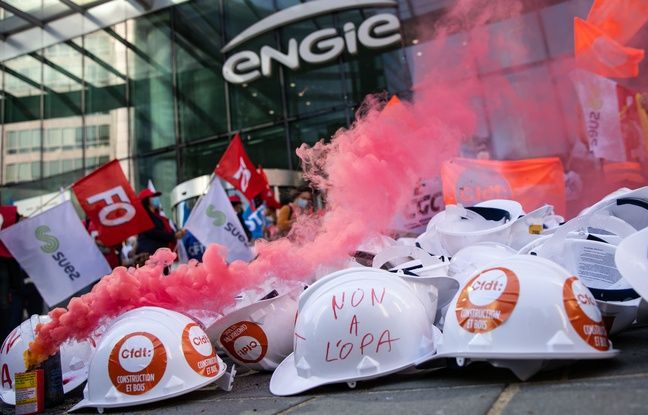 The Veolia group announced Sunday evening to put 7.9 billion euros on the table to buy the 70.1% of the capital of Suez that it does not hold, renouncing the friendly nature of its attempt to buy out its competitor.

Considering that “Veolia’s corporate interests and good market information deserve clarification in the face of maneuvers and ambiguous statements by Suez, Ardian and GIP”, the board of directors of the water and waste champion has decided to “A public takeover bid in cash at a price of 18 euros” per share, said a press release.

Veolia, which in October bought 29.9% of the capital of its major French competitor Suez, “notes that its repeated attempts at friendliness, reiterated in its offer proposal of January 7, 2021, have all encountered opposition Of his target, he continues.

“Suez has multiplied over the past four months the actions intended to obstruct the proposed offer from Veolia”, justified the group. These “found their outcome in the statements of Suez, Ardian and GIP of January 17, reporting an alternative offer from the latter and the decision of the board of directors of Suez” to support this offer.

The State first of all favorable to redemption

For months, Suez has been struggling to avoid being bought out by its competitor Veolia, which cut its cards at the end of August when, a month earlier, its shareholder Engie had said it was “open” to the sale of its shares in Suez .

In mid-January, Suez had announced that it had obtained an offer from the French Ardian and American funds GIP, to reach a “friendly solution” with Veolia, which had immediately sent an end of disallowance.

The State, past its initial support for the buyout project by Veolia, has for its part distanced itself. At the beginning of February, the Nanterre court had put Veolia back on the road to buying Suez, recognizing that it did not have to consult “at this stage” the representative bodies of its competitor to buy it back.