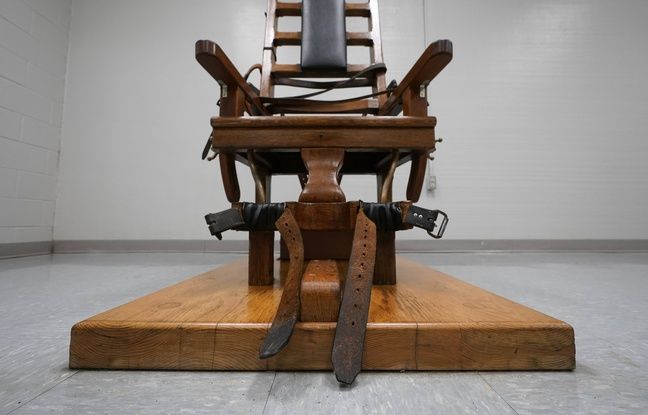 Virginia, which has the record of executions in the history of the United States, has just made a highly symbolic decision. The state abolished the death penalty on Wednesday, becoming the first in the former segregationist South to end the application of capital punishment.

“Today, there is no place for the death penalty in this state, in the south and in this country,” Democratic Governor Ralph Northam said at a signing ceremony for the law in prison de Greensville, where the executions had hitherto taken place. According to him, the abolition of the death penalty is “the right thing and the moral thing to do”.

The example of a miscarriage of justice

To support his remarks, Ralph Northam notably mentioned the case of Earl Washington, a disabled man who had been sentenced to death in 1984 and whose execution had been suspended only nine days before the scheduled date. He was finally acquitted in 2000. “The system allowed an innocent person to be convicted of murder and if Mr. Washington is the only person we know of to have been saved from death row in Virginia, can we really be? sure there aren’t any others? He asked.

“You cannot inflict this ultimate punishment without being 100% sure that you are right and you cannot inflict this ultimate punishment on someone knowing that the system does not work the same for everyone. He explained, pointing out that 296 of the 377 prisoners executed in the 20th century were African Americans. The governor pointed to Virginia’s “long and complicated” history where “the racism and discrimination of our past is repeated today in our judicial system.”

Congratulations from the European Union

Virginia therefore joins 22 other American states where the death penalty has already been abolished and three others (California, Oregon, Pennsylvania) which observe a moratorium. European settlers in Jamestown, Virginia, carried out in 1608 what is considered the first execution on American soil, that of a captain accused of espionage. Since then, the state has executed 1,391 convicts, according to the Death Penalty Information Center, more than any other US territory. And since the death penalty was reinstated by the Supreme Court in 1976, only Texas has carried out more executions.

The European Union welcomed the signing of this law. “The death penalty is incompatible with human dignity and the right to life, constitutes inhuman and degrading treatment, and has no proven deterrent effect,” said an EU spokesperson. For the past ten years, however, Virginia had virtually renounced the death penalty and only two convicts remained on death row. The law provides that their sentence be commuted to life imprisonment.