Vladimir Putin in favor of the lifting of vaccine patents 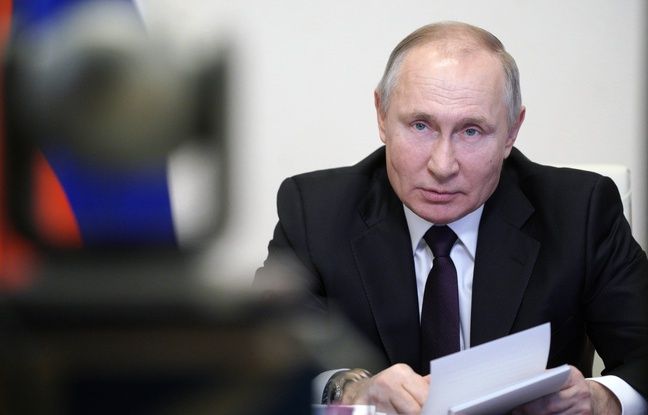 After an American proposal in this direction in order to accelerate their production and their worldwide distribution, Russian President Vladimir Putin also said he was in favor, this Thursday, to the idea of ​​lifting the patents on vaccines against Covid-19. .

“Of course, Russia would support such an approach,” Vladimir Putin said during a meeting on the pandemic broadcast on television, asking the Russian government to work on it.

A “light” version of the Sputnik V vaccine

“Under the current conditions, as I have said many times before, you shouldn’t think about how to get the maximum benefit but how to ensure the safety of people,” he said. .

Russia has developed four vaccines to date, starting with its flagship product, Sputnik V, of which a one-shot version instead of two, Sputnik Light (“Light”), has been approved by health authorities. Thursday. Vladimir Poutine thus joined the United States which announced Wednesday to be in favor of a lifting of patents.

The EU “ready to discuss”

He did not, however, make the slightest reference to this proposal from Washington, even claiming that it was an “idea in Europe”. It “deserves (to hold) attention in my opinion and by that I mean the outright lifting of patent protection on vaccination against Covid-19,” he continued.

The European Union assured Thursday that it was “ready to discuss” this subject which will be invited to the summit of its 27 member states in Porto on Friday, while being skeptical about the effectiveness of such a measure to accelerate global vaccination. . Until now, she was opposed to this idea. French President Emmanuel Macron said Thursday “very much in favor of lifting intellectual property” and Germany said it was “open” to discussion.