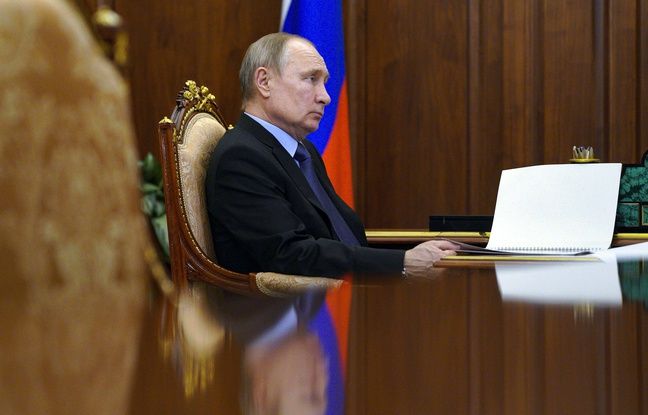 Vladimir Putin signs his own extension as head of Russia. The Russian president, 68, on Monday signed the law allowing him to run for two new presidential terms, paving the way for his retention in the Kremlin until 2036. The text was finally adopted by Parliament in March, after a constitutional referendum organized in the summer of 2020.

At the helm of the country since 2000, Vladimir Putin has in two decades eliminated any real political competition in Russia, curbing the opposition and the independent media. He has always refused to discuss his succession.

The Russian strongman should in theory have stepped down at the end of his current term in 2024, as Russian law does not allow a president to serve more than two consecutive terms.

But according to the text he promulgated on Monday, “this restriction does not apply to those who held the post of head of state before the entry into force of the amendments to the Constitution” approved by referendum in 2020.

In 2036, a new theoretical date by which he will have to leave the Kremlin, Vladimir Poutine will be 83 or 84 years old. “That they pass in the wake of a law granting the president eternal life”, queried therefore on Twitter, Yevgeny Roïzman, a detractor of the Kremlin and former mayor of Ekaterinburg, one of the largest cities in Russia.

The team of jailed opponent Alexeï Navalny reacted by posting a video dating from the 2000s in which Vladimir Putin said he was opposed to a president being able to stay in power for more than two terms.

The reform, validated by referendum last July and promulgated on Monday after a long legislative path, comes at a time when the Russian head of state can boast of a popularity still higher than 60% according to the polls, this despite the pandemic, a slowing economy and unpopular social reforms in 2018.

It is also not the first time that Vladimir Putin is on the way to reaching the limit of two consecutive terms. In 2008, he took the post of Prime Minister and left the Kremlin to his last head of government Dmitry Medvedev. After this four-year interlude, he was re-elected president in 2012 despite a great protest movement.

Then, the duration of the presidential mandate was extended from four to six years and Vladimir Putin was unsurprisingly re-elected president in 2018 with 76% in the first round, without real opposition.

The law promulgated on Monday also contains new requirements for presidential candidates. They must now be at least 35 years old, have permanently resided in Russia for at least 25 years and have never had a foreign citizenship or a permanent residence permit from a state other than Russia.

The constitutional revision voted in the summer of 2020 also introduces into the Constitution conservative principles dear to the president – faith in God, marriage reserved for heterosexuals, patriotic education. It also gives guaranteed lifetime immunity to Russian presidents, even after they have left office.

Spread over a week due to the coronavirus pandemic, the referendum of last year and the outcome of which was no doubt concluded with a victory of the “yes” at 77.92% and a participation of 65% , according to official figures.

Alexeï Navalny, whose teams had filmed a number of alleged violations across Russia, called the referendum a “huge lie” and the NGO Golos, specializing in election observation, denounced an “unprecedented” attack on the sovereignty of the Russian people.