Volcanic eruption could last much longer than expected 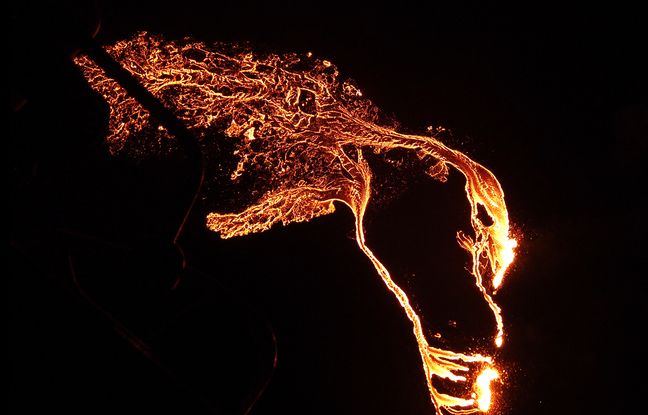 A green valley has given way to a hostile setting worthy of the darkness of the Lord of the Rings… The eruption underway in Iceland reveals its first secrets and vulcanologists now expect it to last several weeks, or even much longer.

On the slopes of Mount Fagradalsfjall just 40 kilometers from the capital Reykjavik, experts initially expected the eruption to be brief, on the order of a few days. But due to the constancy of the lava flow and after the analysis of the first samples of magma, the hypothesis of a longer phenomenon is gaining momentum.

“The flow has been similar since the start of the eruption,” notes Freysteinn Sigmundsson, a geophysicist at the Institute of Earth Sciences. “It means we’re starting to wonder if this could possibly be a long-lasting rash,” he explains.

Far from the dreaded explosive eruptions, the relatively weak and peaceful lava flow which has been flowing since Friday evening has delighted thousands of curious people who have come to approach this sublime spectacle, even if access is occasionally blocked when toxic gases are in excess or due to weather conditions.

Here, the magma comes out according to preliminary calculations at nearly 1,190 degrees. The most inventive spectators try to grill sausages, bacon or marshmallows, but the temperature is not always easy to control.

“This rash has the potential to persist long enough”

The scientific study of the pressure of this youngest basalt rock in Iceland suggests that the magma comes from a very deep source, nearly 15 kilometers below the surface. A so-called primary magma, that is to say coming directly from the upper terrestrial mantle, is unheard of in this region for thousands of years.

“Most magmas move towards the crust, creating their own lineages and evolving. This magma rises straight up, ”explains vulcanologist Thorvaldur Thórdarson. Above all, the flow of underground circulation is similar to that of the exit to the surface, which gives credence to the idea of ​​a longer scenario, he specifies. With such data, “in my opinion, this rash has the potential to persist for quite a long time,” adds the specialist.

If Iceland is the largest and most active volcanic area in Europe, never since the 13th century has lava flowed in the Reykjanes peninsula. A volcanic awakening in the area after eight centuries of sleep can mean a new period of activity for decades or more, experts have already warned.