VTC deliverers and drivers finally hope to weigh in against platforms 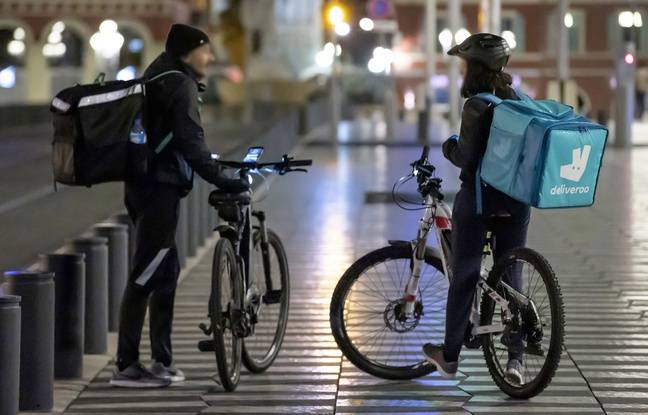 Faced with platforms like Uber or Deliveroo, which have significant financial resources and well-established communication, the thousands of delivery men and drivers have often found it difficult to make themselves heard. And to organize themselves to negotiate their working conditions in a comprehensive manner. Because even if local collectives have emerged, it remains very difficult to unite independents working alone on their bikes or in their cars all over France.

All that could change, with a draft order presented this Friday by the Ministry of Labor. It aims to create a real social dialogue between workers and platforms, like what is usually done in many sectors. The text, which has yet to be the subject of ministerial arbitration, for the time being provides for the national election of representatives of VTC drivers and bicycle delivery men in spring 2022.

It will be a ballot “on acronym”, that is to say that everyone will vote for the union or collective of their choice. These organizations are then responsible for appointing qualified representatives. In the process, negotiations will be organized between these new elected officials, who will represent around 100,000 workers, and the platforms. Discussions would take place by sector: VTC on one side, delivery people on the other, and will aim to reach an agreement that would apply to all platforms.

“There was an urgent need to get out of the current situation” affirms Bruno Mettling. The former HRD of Orange is part of the “task force” mandated by the government to write this draft ordinance. For two months, accompanied by Pauline Trequesser (Collectif Cosme, representing freelance workers), and Mathias Dufour (president of the #Leplusimportant think-tank), they held multiple hearings with players in the sector.

So many meetings that convinced them to act quickly: “The 100,000 independent platform workers [livreurs et VTC] have waited too long for a rebalancing of their rights, continues Bruno Mettling. There is a real deficit on that side. Organizing national elections will make it possible to have representatives who will have real legitimacy to negotiate with the platforms ”.

A polite way of criticizing certain initiatives, such as the “Deliveroo forum”, which also aimed to appoint representatives from among the delivery people. “In this forum, social dialogue was one-sided,” criticizes Jérôme Pimot, spokesperson for the Collective of Autonomous Delivery Platforms (Clap). Deliveroo decided the agenda and refused to talk about remuneration ”.

The State under surveillance

With the draft ordinance presented, the platforms will no longer have a choice. From 2022, they will be obliged to negotiate at least once every two years with the elected representatives of delivery men and drivers. Among the topics that can be addressed are “the conditions for carrying out the activity”, but also “the methods for determining the workers’ income”, or even “the working conditions and occupational risks”.

Small subtlety: so that the negotiations can open, it will be necessary that each one (representatives of the deliverers and platforms) to agree on the topics to negotiate. But the government warns: if there is no consensus, it may have to take control and impose discussions. “For the moment, we prefer to bet on the intelligence of the actors”, specifies the Ministry of Labor.

“We have come a long way”

The draft ordinance nevertheless provides for the creation of a regulatory authority for employment platforms (ARPE). According to the summary communicated by the Ministry of Labor, it will be responsible for organizing the elections, “facilitating” social dialogue in the sector, but also observing the practices of the platforms.

“We have come a long way,” recalls Jérôme Pimot. When the platforms were created, there was nothing, no dialogue. We will finally be able to discuss in an official and supervised manner, which was one of our main demands. Obviously, our goal will be to obtain the best possible working conditions ”. Negotiations are not scheduled until 2022, but the arguments are already well sharpened.

A first in Europe for the status of delivery people. Spanish Labor Minister Yolanda Diaz said this week that the Labor Code was going to be amended, in order to automatically consider workers on platforms such as Deliveroo or UberEats as employees. These companies will have to “contribute for them, and they will be entitled to all the social protection which they do not have today”, advances the government.

The reform must be approved soon in the Council of Ministers and the companies concerned, which denounces a “forced wage labor”, will have three months to comply.

Share
Facebook
Twitter
Pinterest
WhatsApp
Previous articleThe body of the Londoner who disappeared at the beginning of the month found
Next articleWith visas, Brussels wants to “put pressure” on the countries of origin of migrants