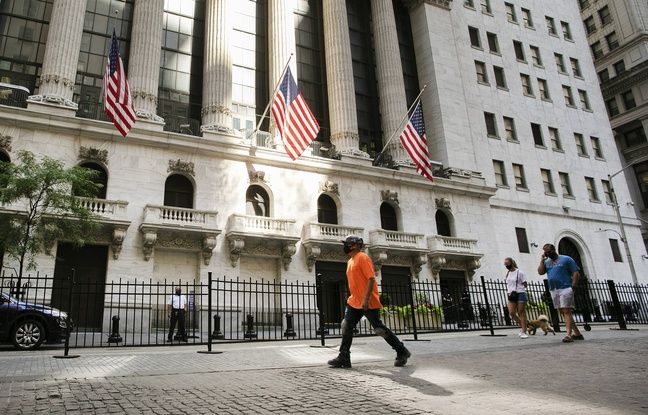 After a year of cautions and massive teleworking, Wall Street is preparing to return to face-to-face business, with more licensed traders on the New York Stock Exchange floor as of Monday and Goldman Sachs employees expected to return to the office in June. The mythical New York Stock Exchange building had temporarily closed its doors for several weeks at the start of the pandemic before reopening at the end of May 2020, with a limited number of brokers and various security measures.

“In view of the improving health situation in New York and the continued progress of vaccination in the country,” the NYSE has decided to adjust its protocols from Monday, explains a memo sent to all people and companies working on the floor. People who have been vaccinated will no longer have to be tested and will be able to take off their masks and eat while they are seated at their posts. If all the staff of a company is vaccinated, it can increase the number of employees present. Journalists will also be allowed to roam the floor again.

The investment bank Goldman Sachs for its part invited its American and British employees to make their arrangements to be ready to return to the office, from June 14 in the United States, from June 21 in the United Kingdom. They will receive additional indications in the coming weeks, depending on the conditions and limits in terms of capacity to be taken into consideration, said a memo written by management on Tuesday.

In parts of the Asia-Pacific region, many offices have already returned to near normalcy, officials note. “We know from experience that our culture of collaboration, innovation and learning thrives when our employees come together”, justifies the text.

Goldman Sachs is thus following in the footsteps of JPMorgan Chase, which told its American employees last week that it expected them to return to the office, at least part-time, by July at the latest. Its CEO Jamie Dimon pointed out Tuesday during a conference organized by the Wall Street Journal that he was about to “cancel all his meetings on Zoom”. “We want people to come back to the office and in my opinion, by September or October, the situation will return to the way it was before,” he said.