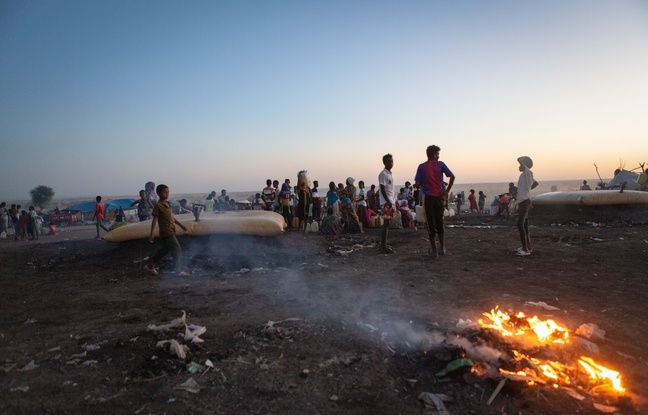 Washington is issuing a warning. The head of American diplomacy, Antony Blinken, denounced Wednesday for the first time “acts of ethnic cleansing” in Tigray, region of Ethiopia where Addis Ababa launched a military operation against the regional power. During a parliamentary hearing, he said that the forces there should “refrain from violating the human rights of the inhabitants of Tigray or from committing acts of ethnic cleansing as we have seen in western Tigray”.

Ethiopian Prime Minister Abiy Ahmed, winner of the 2019 Nobel Peace Prize, launched a military operation in early November to overthrow the authorities of the ruling party in the region, the Tigray People’s Liberation Front (TPLF), which he accused of having attacked federal army bases. He relied on regional forces from Amhara, an area bordering southern Tigray, to secure large areas after the TPLF withdrew. Troops from neighboring Eritrea, another sworn enemy of the TPLF, have also obviously played a leading role in the fighting and are accused of having carried out massacres of civilians.

“I fully understand the concerns the Prime Minister had about the TPLF and its actions, but the situation in Tigray is now unacceptable and must change,” said Antony Blinken. He referred to two security “challenges”: the presence of forces from Eritrea and Amhara, who “must leave”, and human rights violations by forces deployed in Tigray. “This must stop,” he insisted, again calling for an “independent investigation” and a “reconciliation process”. He had already asked the Ethiopian Prime Minister last week to authorize an international investigation, citing at that time “credible information indicating atrocities”.

At the end of February, the daily New York Times asserted that an internal US government report had described the violence in western Tigray as “ethnic cleansing”. The UN High Commissioner for Human Rights, Michelle Bachelet, last week accused the Eritrean army of atrocities in Tigray and called for an “objective and independent investigation”, after having “corroborated serious violations” likely to constitute “war crimes and crimes against humanity”. Independent human rights organizations have reported similar accusations.

Addis Ababa and Asmara, who clashed in a bloody conflict between 1998 and 2000 before moving closer at the initiative of Abiy Ahmed, dismissed accusations of atrocities. The secretary of state also called on Wednesday for unhindered humanitarian access to the region.

“Prime Minister Abiy was an enthusiastic leader who won the Nobel Peace Prize. Now he must react and ensure that his own people in Tigray receive the protection they need and deserve, ”he insisted. He referred to the appointment “in the coming weeks” of an American envoy for the Horn of Africa region, which will have as a priority the Ethiopian crisis but also the dispute between Ethiopia, Sudan and Egypt in subject of the mega-dam on the Nile built by Addis Ababa.