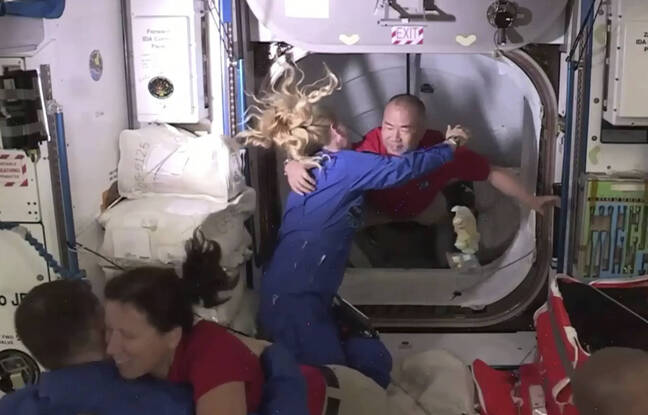 Successful docking, and a new moment of history in the conquest of space. By managing to attach to the International Space Station (ISS) on Monday, SpaceX’s Dragon capsule did not only allow the transport of four astronauts.

It may have opened, with this first operational flight, a new space age where the private sector would assert its domination and where human space flight could become an economic market in its own right. 20 Minutes takes stock with Olivier Sanguy, scientific mediator of the Cité de l’Espace in Toulouse.

How is this night’s flight historic?

There is debate as to what the historic flight is between this and the previous one, the August SpaceX Demo-2 flight. It was the first manned flight to leave the United States in nine years and the shutdown of the last shuttle in July 2011. Since the United States has the capacity to send people into space, these nine years have been the longest time they did not.

Nevertheless, it was a certification flight this summer, that is to say that its sole purpose was to demonstrate that the capsule was functioning, whereas this is an operational flight, with a real space mission, namely bringing people to the International Space Station. Until then, this kind of mission was exclusively provided by the Russian Soyuz since the end of the space shuttle, so it is a small revolution.

This flight was a collaboration between SpaceX, a private agency, and NASA, a space agency. Is this a novelty?

However, this is a new type of commercial contract today around manned flights where NASA is a client. A very demanding and very powerful client, but a client. Moreover, NASA made it clear itself that it did not want to have exclusivity and that SpaceX could sell its flights to others. We are therefore perhaps witnessing a new economy of manned flights, which could create a real economy, particularly private ones, around low orbit flights.

So the real revolution is the launch of an era of space tourism?

Yes, but not only. A commercial module will be attached to NASA in 2024 for example. And that will certainly allow space tourism to be carried out there, but also private experiences. Today, an experiment taking place in the ISS becomes a public experiment attached to NASA. With this module, a company will be able to carry out its experiments and keep the results to itself. There is too much of a tendency to summarize private manned flights as “Tom Cruise in space”, when it can also be a revolution in the scientific world.

We are talking about private manned flights and a prosperous economy, seventeen years after the Columbia shuttle crash that left seven dead and traumatized America. Has the United States regained confidence in its technological capacities to ensure the safety of its men?

There is a recovery in confidence, but Americans remain extremely cautious about it. NASA in particular said that each space flight remains a test flight and a test flight. Before being able to carry out flights, SpaceX, Boeing or other must demonstrate that their machines do not have more than one accident on 320 flights. 1/320 It may not seem risky, but no one would take public transport with such a risk. Space remains an area at the limits of our capabilities.

Share
Facebook
Twitter
Pinterest
WhatsApp
Previous articleIf the restaurants remain closed for the holidays, it will be “a disaster” for the foie gras industry
Next articleMoscow dismisses accusations of cyberattacks on laboratories developing vaccine