“We have the impression of being faced with an endless war” 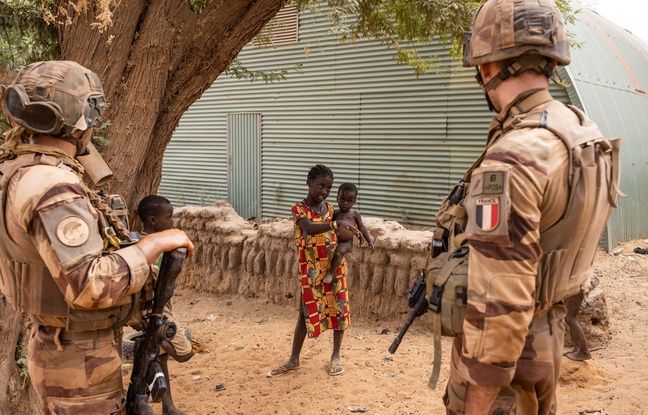 Will stay, will not stay? The presidents of the G5 Sahel (Mauritania, Mali, Burkina Faso, Niger and Chad) and Emmanuel Macron are due to meet on Monday at a summit to take stock of the anti-jihadist fight in the region, where France has been intervening since 2013 through the “Barkhane” operation.

Faced with growing questions from elected officials and public opinion about France’s commitment, financially and humanly very costly, the question of continuing the operation could arise. What is the stake of this summit? Is France considering withdrawing its troops? Why is public opinion so reluctant? 20 Minutes asked Thierry Vircoulon, associate researcher at the Africa Center of Ifri.

What is the stake of this summit?

It is obvious that the countries of the Sahel hope that the military commitment, including that of France, continues and intensifies. On the French side, the government hopes that its action will be welcomed, but also that the G5 countries become more involved in the fight, militarily but also politically.

Operation Barkhane, launched by France in 2013, was it effective?

Operation Barkhane has reached its limits. If it had fully fulfilled its role, France would have put an end to it and would take advantage of the summit to announce its withdrawal. But instead of reducing, the conflict is spreading geographically. It started in 2013 in northern Mali, it has now spread to the whole country, to the west of Niger, to the north of Burkina Faso. We were unable to define it geographically.

In Mali and northern Burkina Faso, this conflict has even escalated and turned into a civil war, there has been very significant inter-ethnic violence over the past two years. We are no longer just facing a fight by the French army against the jihadists but a theater of conflicts which is becoming plural, some of which call into question the national unity of the countries concerned.

Is France considering withdrawing its troops?

No, France will not withdraw all of its troops but it should announce a purely symbolic reduction, which I qualify as “cosmetic”. The announcement of the dispatch of 600 additional soldiers last February, increasing them from 4,500 to 5,100, was already “cosmetic”. It may even be that this reduction concerns the 600 soldiers who arrived recently.

What are France’s strategies?

France favors two strategies. First of all, “Sahelization”, that is to say the passing of the baton to local national armies. The action of the G5 countries must be effective, they must be able to take the place of France, and their armies must be operational. For this, France is training the Malian army with the European Union, through EUTM Mali. Then, it is the “Europeanization” of the operation with the new group of special forces Takuba, launched this summer, in which several dozen Estonians, Czechs and Swedes participate. This force needs to grow in strength, but currently it has very low numbers.

The French army claims to have seriously weakened the Islamic State (IS) organization. So sending additional troops had an effect?

Obviously no. The conflict has spread, which means that the threat is still present. The targeted elimination policy that France has chosen will not end jihadism. We have seen it in the Middle East and in Afghanistan. Jihadists were killed, but they were immediately replaced. This is not the policy that will work, it will not end the conflict. This is the whole problem of the fight against jihadism, and not only in the Sahel, we have the impression of being faced with an endless war.

There are several reasons. First, the French have the impression that it is a never-ending war, that this operation will not solve the problem. Then, this intervention is humanly and financially very expensive. About fifty soldiers have been killed since 2013. The operation costs more than one billion euros each year.

This operation also has an aspect reminiscent of neocolonialism. In the 21st century, France is still playing policeman in Africa. Our engagement in the Sahel has been presented by governments as an external operation, with a beginning and an end. But the French realize that this is not an operation, but a war, we are involved in the long term, we do not see any prospect of an exit from this war.

The last point is the fight against terrorism. Our engagement in the Sahel should have had an effect on the terrorist threat in France. But eight years later, it is still there. Except that the latest terrorist attacks were carried out by people who were not from the Sahel, a Russian of Chechen origin for Samuel Paty, a Tunisian for the attack on the Notre-Dame basilica in Nice. It raises questions for people. Is terrorism in the Sahel really a threat for France?