“We have the impression of returning to the starting point”, worries Simon Thiriot, representative of social and solidarity tourism. 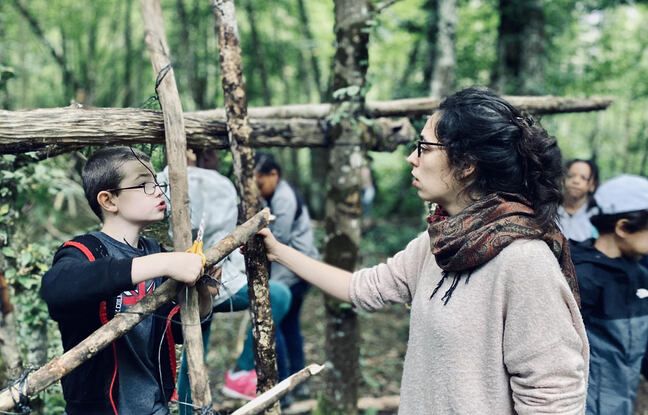 Move forward without being able to plan. The National Union of Tourism and Outdoor Associations (Unat) brings together more than 71 members who are active in social and solidarity tourism. Non-profit structures in the mission is to provide access to vacations to as many families as possible in France. And like last year, it is moving in the dark to prepare for the summer season because of the coronavirus epidemic.

This season is however capital after the losses undergone by the operators, deprived of the autumn season and especially the spring holidays, which traditionally open the summer season. For 20 Minutes, the General Delegate of UNAT, Simon Thirot, expresses his concerns and the strategies put in place to be able to save the summer.

One year after the start of the health crisis, and while the spring holidays are affected by new restrictions, what is the situation of the actors of social and solidarity tourism?

We have the impression of coming back to the starting point… Last year, we were able to have an activity from mid-July to the end of August, France was very popular with holidaymakers. It was an extremely concentrated, but beautiful summer season.

This year, since there is no more spring break and there was none in the fall, the operators are in a difficult situation. The decline in activity is 50%, or 600 million euros in losses. For the preparation of this summer, the situation is relatively similar to last year: members cannot work, colonies are suspended, villages and holiday clubs closed. In teams, there is a lot of weariness, loss of motivation, doubts. We need visibility.

Have stays planned during the spring break had to be canceled?

Some resorts and resorts had planned to open, so it’s a big blow. The settlements are suspended until further notice. Two types of stays, those for children followed by the Child welfare and those adapted for people with disabilities, are still possible, because there is a real social issue on these very vulnerable groups. But given the current situation, it’s very complicated … All the more so since for this kind of public, these are stays that are prepared well in advance.

How are operators coping?

In tourism, we are used to adapting, because everything works according to customer demand. Operators know how to develop their products from one year to the next. There, the situation is new. In the field, everyone has to be imaginative. Many say they have learned in terms of budget management and adaptation to scenarios. Every four weeks, they work on a recovery scenario with the health protocols to be put in place. Last year, it worked: there was no cluster in our establishments.

Precisely, if your health protocols have worked, have you already sent the government new proposals for this summer?

We sent the government the same protocol as last year and made new proposals. While in May and June 2020 we could hardly test, today we can do it easily. We are not going to let our guard down and we are going to maintain serious protocols. With the effect of tests and vaccines, it will be more secure.