“We must give more visibility to Strasbourg and strengthen its position as European capital”, pleads the mayor of the city Jeanne Barseghian 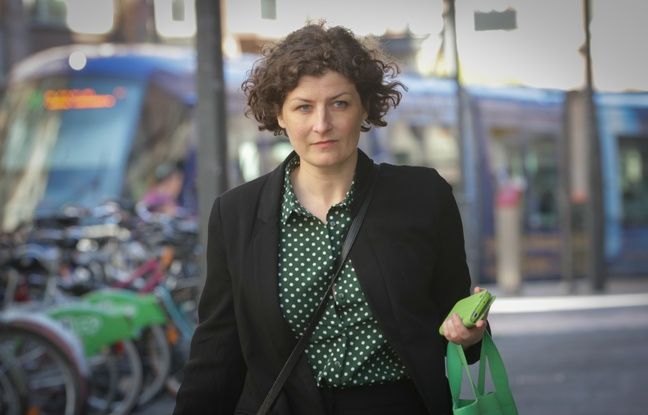 What if European citizens gave their opinion directly on the future of Europe? The idea is not new, but in this form, a Conference on the Future of Europe is a first. A new exercise in participatory democracy and which will be hosted mainly in Strasbourg, recalling once again its European status, battered in recent years by many MEPs in Brussels, but also by the coronavirus pandemic. It’s been a year since no parliamentary session was held in Strasbourg premises, even though the Alsatian capital is, according to the treaties, the seat of Europe. But this new “major event”, officially recorded on Wednesday by both the European Parliament, the Commission and the Council of Europe, could well give some color to the “international” dynamic of Strasbourg. Jeanne Barseghian, the mayor of Strasbourg, explains to 20 Minutes what is it about.

What is the spirit of a Conference on the Future of Europe?

It is a very participatory event which aims to involve European citizens and to contribute to the orientations of the European Union in the coming years. It really means getting citizens back on track, giving them a voice on the challenges to come and so that the entire population can influence the action of the European Union. Basically, such as political orientations, environmental issues, ecological, democratic and social transition which will probably be raised, and also in the way in which the union and its institutions work with European citizens.

The modalities are not yet all specified in the roadmap, but for this to make sense, all stakeholders must be able to participate and give pride of place to citizens and direct voice. The notion of “conference” can be confusing but it is indeed a process of several months which will give rise to many events, face-to-face if the health situation allows it or otherwise digital or even in the form of written contributions. The roadmap validated in Brussels provides for its launch on May 9, Europe Day. The consultations and working groups will last a little less than two years, until the end of spring 2022, perhaps a little more if necessary because it will then be necessary to analyze the proposals in detail. To formalize, in a practical way, this conference, we come with the president of the Eurometropolis, the president of the Grand Est Region and of the European Collectivity of Alsace, sent a letter to the three European institutions to say not only that the we are ready to welcome the launch but we also have content to offer. Provide logistical support but also in terms of content and programming at this European highlight.

What is at stake for Strasbourg?

It is a major event. The challenge for Strasbourg is to be able to host a maximum of these highlights, conferences and also to support the secretariat and all the mechanisms that will allow citizens to hear their voices. With the President of the European Parliament David Sassoli, we had of course posed the fact that Strasbourg hosts the opening and launch event, but more generally the highlights of this conference. The idea is of course to give Strasbourg more visibility and to strengthen its position as European capital on a strong axis which is that of the European spirit of Strasbourg. This notion of capital of democracy, with the seat of the European Parliament, of the Council of Europe. If there is one place where this voice of the European peoples, which symbolizes all of this, must be expressed, it is Strasbourg.