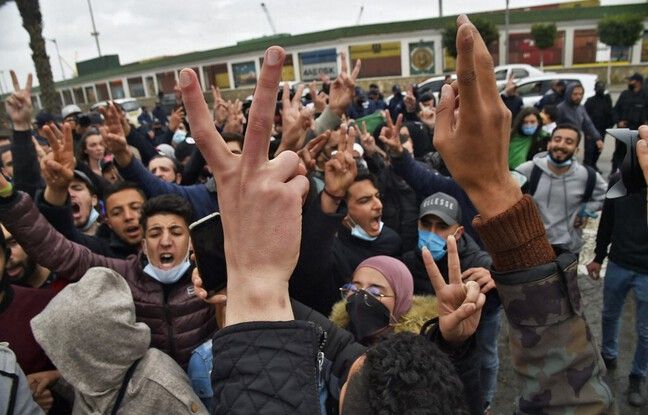 Is this the end of a truce of demonstrations due to the health crisis? Thousands of Hirak supporters took to the streets this Friday in Algiers, after a year of stoppage of gatherings because of the Covid-19 pandemic. This day marks the resumption of the weekly marches of the anti-regime protest movement in Algeria, AFP observed.

Despite the ban on gatherings for health reasons, several processions formed at the beginning of the afternoon in working-class neighborhoods, in particular in Bab El Oued, to reach the city center, according to testimonies collected by AFP.

Intervention of the police

“It’s grandiose. It’s like the great Fridays of Hirak, ”said a protester, about the weekly marches interrupted on March 13, 2020 due to the health crisis.

The police used batons and tear gas on a major thoroughfare in the capital when demonstrators forced a police roadblock to reach the Grande Poste, an emblematic place for gatherings of anti-regime demonstrators, according to a video posted on the Interlignes website .

The return of slogans

“Neither Islamist, nor secular but Hirakist”, could one read on a poster brandished by the crowd which chanted “A civil state and not military”, flagship slogan of the protest.

Police trucks have taken up positions near the main squares in the city center and filter dams have been installed on several roads leading to the capital.

In Algiers, the demonstrators seemed at least as numerous as last Monday when thousands of people marched on the occasion of the second anniversary of Hirak, according to witnesses.

Gatherings were also underway in the provinces, notably in Bejaïa, in Kabylia (north-east), and in Oran (north-west), where a pillar of human rights, the academic Kadour Chouicha, was arrested, according to the National Committee for the Release of Prisoners (CNLD).

Share
Facebook
Twitter
Pinterest
WhatsApp
Previous articleJustice demands the regularization of 60,000 deliverers and a fixed remuneration
Next articleA judge considers “necessary” a trial of Vincent Bolloré and imposes a fine of 12 million euros on the group