“Western injunctions have no effect because they humiliate the military”, thinks a specialist 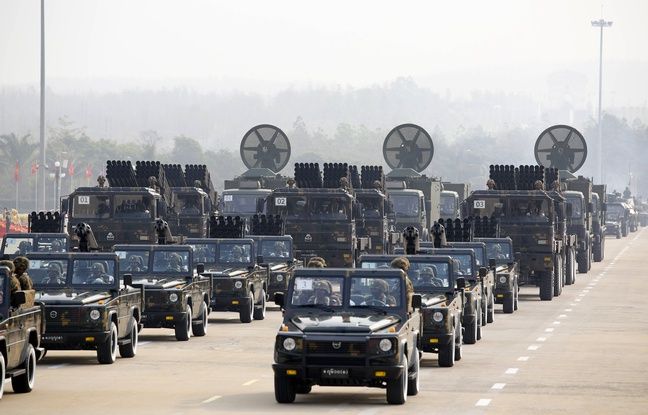 Nothing works. For almost two months after the coup, tension has not abated in Burma. Worse: faced with the protests still so numerous, the repression is even stronger. Saturday more than a hundred people demonstrating for democracy fell under the bullets of the soldiers. The deadliest day since February 1. However, this is not for lack of seeing the international community mobilize noisily: the European Union in particular decreed sanctions against the Burmese regime this week. Without any effect. 20 Minutes asked Sophie Boisseau du Rocher, researcher at Ifri’s Asia Center to understand the junta’s attitude towards the outside world.

The international community has had no hold since the start of the crisis on the military junta, further protests don’t seem to change much, right?

I’m afraid it won’t have more effects, actually. I was nonetheless struck by General Min Aung Hlaing’s speech for the anniversary military parade against the Japanese occupation: he spoke of terrorists attacking the peace of the state. It is very interesting because what he means in fact, indirectly, is that they aim at the peace of the soldiers. What the soldiers are asking is: “Let us do what we want. And the speech was not so much towards the Burmese as the Western chancelleries. This clue, plus the fact that on Tuesday, the day after the announcement of European sanctions, the spokesperson only addressed the issue at the end of the press conference, after 2:15, that’s fine. say that the regime is not sensitive to the message. We remain here in a form of autism which becomes particularly worrying when we see the situation of the country, in full chaos.

This indifference is not a first in Burmese history, why is the junta so impervious to international protests?

A Burmese once told me two things: first that the junta was deaf, that it did not hear the messages. Then she has an obsessional complex, that is to say the fear of being surrounded. Burmese power does not look outside. Including the Chinese, it’s not just for Westerners. I believe that the only partners they really consider are the ASEAN countries, their immediate neighbors. Burma is part of this association of Southeast Asian nations and they are the only ones that can truly try to have an impact on the situation, especially Indonesia.

Precisely, what is the reaction of these neighboring countries?

They do an absolutely admirable job, but they do it very quietly. Quite simply because the junta should not be cornered. If a compromise has to be found, it will certainly be behind the curtains. This is also why Western injunctions have no effect: they directly humiliate the military. Indonesia, with whom there is a real relationship of trust for a long time, both with the civil and military authorities, aims to bring the military to a compromise with the provisional government formed by the Committee of Elected Officials of legislative election last November, overthrown by the coup. Indonesia serves as an interface between the different political actors and it is too easily forgotten.

Can we go so far as to say that the attitude of Western countries is counterproductive?

I tend to think so. The effect of protests and sanctions is absolutely zero and they are probably counterproductive. What I believe, and I fully subscribe to the logic of the Biden administration in the United States, is that the stake in the next thirty years will be the rivalry between autocracies and democracies. It is imperative that Western countries (United States, European Union, Japan) think about a strategy adapted to these cases. Because we do not force a donkey that is not thirsty to drink.