What are the advantages of a shingle roof? 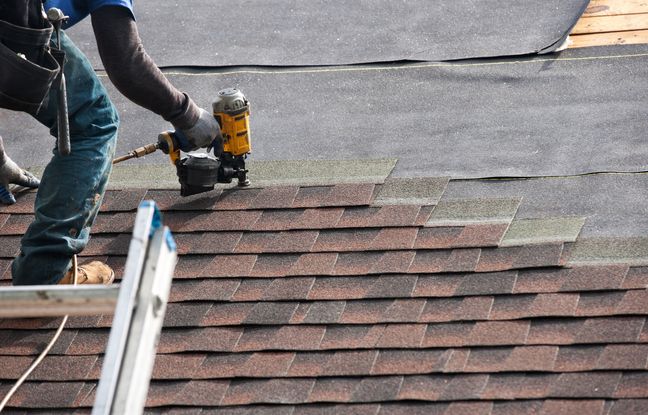 Indispensable to protect the home, the roof is also an aesthetic choice that depends on many materials. In terracotta, slate, wood, thatch, zinc or lauze, the possibilities are numerous. The shingle, a modern material from the industry at the beginning of the 20th century, is undoubtedly the most economical and the easiest to install.

What is the shingle?

If the shingle is very popular in the United States and Canada, it is because it is native to North America. It was invented in 1903 in Michigan, where rolls of felt layers saturated with coal tar were used. First produced and cut by hand, the shingle became industrialized in 1915, when the material began to be cut into a diamond shape to make it more resistant to the wind.

It was only much later, in the 1960s and 1970s, that the shingle sported new colors (green, red, black, gray, yellow), obtained thanks to mineral granules, and became a decorative coating for the roofs. Today it is made up of two layers of asphalt felt sheets, between which there is a layer of fiberglass.

In North America, the shingle is mainly used to cover the roofs of houses. In France, it is more popular for covering small outbuildings such as garden sheds. Anyway, this material has several strings to its bow. First, it offers a large choice of colors, which allows it to adapt to all styles of roofing and allows a roof to be given a lower cost. Compared to other coverings, it is an inexpensive material (15 to 20 euros per m2, installation included).

For do-it-yourselfers, it is easy to install, which eliminates the need to call a professional. It is particularly fire resistant and light. Nevertheless, it is a poorly insulating material, which must be renewed every twenty or twenty-five years. It is fragile if it is poorly placed and stretched, and can retract in the event of frost or during hot weather.

The shingle is suitable for all roofs with a slope greater than 20% or 9 degrees. Installed in the American style, it is fixed with staples or nails on plywood or chipboard panels. It is then covered with a waterproof felt. This technique is suitable for covering a shed, a garage or a garden shed.

For a roof, it is recommended to put the shingle on lintels with hooks, always from the bottom up. Admittedly, the method is a little longer and more complicated, but it ensures a more stable and lasting result. It also makes it possible to install thermal insulation under the roof.

Regular maintenance at low pressure (never at high pressure!) Is necessary to prolong the life of the material. An anti-moss and lichen treatment could also be considered.