What are the CIA’s predictions for the “next world”? 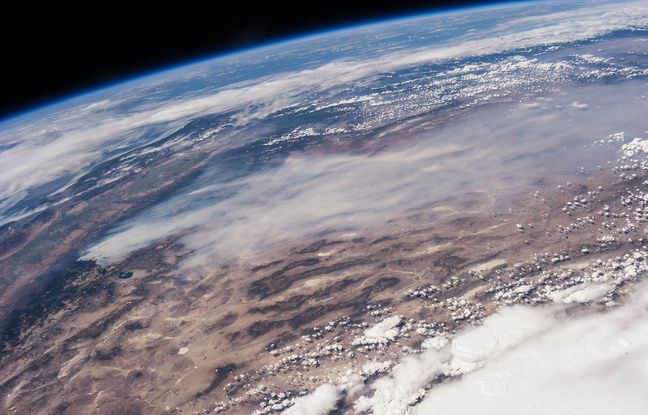 The crystal ball is not the most optimistic. As after every American election, the CIA publishes a report making predictions about the world situation for the next twenty years. The French version has just been published by Éditions des Equateurs, 20 Minutes was able to consult it.

As in 2009, the CIA report warned of a possible global epidemic from the Far East (do you have it?), We read this one with great care. A priori, the cards do not portend a new pandemic. On the other hand, we cannot say that the 250 pages of this book are brimming with optimism about our future by 2040. We let you judge for yourself.

It’s heating up in all directions for the Climate

In addition to the aggravation of “risks to food, water, health and energy security” caused by environmental degradation, climate change will represent costs and challenges that will weigh “disproportionately on developing countries “. In particular, the American agency is planning particularly intense debates concerning the pace and the manner in which each must achieve carbon neutrality.

“Countries will be faced with tough choices on how to implement a drastic reduction in emissions,” says the note. The result will be an unequal distribution of responsibilities and benefits within or between countries, increased competition, instability, political discord and weakened military preparation. “

Terrorism far from being eradicated

The intelligence agency believes that technological advances, “including artificial intelligence, biotechnology and the connectivity of objects”, will allow terrorists to devise new methods of attack. She fears that these groups will end up obtaining weapons of mass destruction, or other weapons, allowing them “to carry out spectacular attacks resulting in numerous casualties”.

The CIA also indicates the possible resurgence in Europe, Latin America or even North America of “far-right and far-left terrorists who promote a whole series of themes: racism, environmentalism and extremism. anti-government, for example ”.

Debt and the rise of crypto currencies

If the CIA is rather optimistic about the Asian economies which “seem ready to pursue decades of growth”, as well as for the member countries of the OECD, it is much less so for others. “Many governments will see their room for maneuver reduced as they face heavier debt, more trade rules and public pressure to address challenges ranging from demographic shifts to change. climate. “

According to her, digital currencies should still have the wind in their sails over the next two decades, “as the number of virtual currencies offered by central banks increases.” On the other hand, they could well “complicate monetary policy by weakening the control exerted by the countries on the exchange rate and the money supply”.

(Even more) pessimistic and suspicious populations

Slowing economic growth could fuel large sections of the world’s population “with a sense of insecurity, uncertainty about the future and mistrust of institutions and governments they see as corrupt or ineffective. “. The CIA also observes that more and more people will seek this feeling of community and security by turning to ethnic, religious or cultural groups with whom they share the same ideas.

In addition, the gap between the expectations of the population and the lack of concrete offer from governments due to economic constraints, “suggests greater political instability, risks for democracy and a growing role for the sources of alternative governance ”.

Unsurprisingly, the CIA estimates that the population will be increasingly aging and that the birth rate will remain low in developed countries, which will weigh on the growth of some economies, “especially China”. “The relatively poor countries of sub-Saharan Africa and South Asia will be the source of most of the world’s population growth,” the report says.

Consequently, migratory pressure will only increase in the coming years from developing countries to aging developed countries. “These demographic and human trends will weigh on governments to increase public investment and control immigration,” said the experts.

A little positive with new technologies

The agency assures us that the pace of technological developments should intensify over the next twenty years, but that they will above all have a globally positive impact on our living conditions. In particular by “transforming and improving experiences, human capacities and offering the possibility of tackling challenges such as aging, climate change and low productivity growth”.

The conquest of space will be more than ever at the heart of our lives with a growing number of countries participating in its exploration. Consequences: “Services such as communications, navigation and satellite imagery will become ubiquitous and offer improved capabilities, reduced costs and increased efficiency. “