What are the employment prospects for young graduates in 2021? 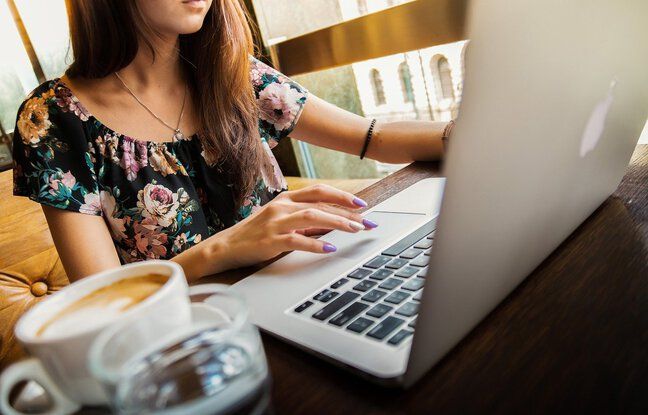 They had the misfortune of finishing their studies in the midst of the coronavirus crisis. Young graduates have been hit hard by the deterioration of the job market. According to a study * by Apec, their recruitments fell by 26% in 2020. “As in previous economic crises, they acted as an adjustment variable for companies”, underlines Gilles Gateau, CEO of Apec.

Result: only 69% of young graduates of the 2019 class declared themselves to be employed twelve months after obtaining their diploma, against 85% for the 2018 class, according to the barometer ** of the professional integration of young graduates of the Apec. Not surprisingly, graduates in technological sciences fit in much better than graduates in letters, languages ​​and the arts. And for those who have settled down, the crisis has worsened their integration conditions, since only 59% of members of the 2019 class have a permanent contract, against 69% for the 2018 class. They also had to accept less attractive salaries, since their median annual remuneration was 31,000 euros gross per year, against 32,000 for their elders.

Competition will be stronger between candidates

Their situation should improve a little by the end of 2021. Apec forecasts that the recruitment of young graduates will increase by 13% compared to 2020. The IT and research and development functions will be those who will recruit the most. “But with 39,990 hires planned for the year, we will still be far below the pre-crisis level (47,000 in 2019)”, explains Gaël Bouron, the deputy head of the studies department of Apec. Suddenly, competition between candidates will still be strong, “since there will be a traffic jam on the job market. Part of the promotion released in 2019 is still looking for a job, like the one released in 2020, while that of 2021 will arrive, ”warns Gilles Gateau.

To optimize the chances of getting a job, Apec offers candidates to participate in the “first job objective” workshop until the summer of 2021. “Eight out of ten candidates who took it got an interview. hiring, ”says Gilles Gateau.

A difficult insertion that will leave traces

The hope of a more favorable upturn is not excluded, however, in the event of a stronger economic recovery than expected at the end of 2021. Because companies may have to revise their hiring intentions if the health situation stabilizes and if household consumption is picking up again faster than expected after the gradual lifting of restrictions. The various recovery plans could also improve the visibility that companies will have, and encourage them to strengthen their teams.

The fact remains that young graduates run the risk of retaining the scars of their difficult start in working life for a long time: “Having less access to certain positions and levels of remuneration than their elders will have effects several years later on the progress of their career. career ”, explains Gaël Bouron. This was shown by a study by the Center for Studies and Research on Qualifications (Céreq) on the generation who entered the labor market in 2010, at the end of the 2008-2009 crisis.

* Survey carried out between January and March 2021 among 8,000 companies representing the distribution by region, size and sector of activity of private sector employees in mainland France and representing 1.4 million employees, including 345,500 executives.

Share
Facebook
Twitter
Pinterest
WhatsApp
Previous articleHow Donald Trump is pulling the strings of civil war among Republicans
Next articleDriven by agribusiness and digital technology, the region has done better than withstand the crisis