What are the means available to avoid the “blackout” in France? 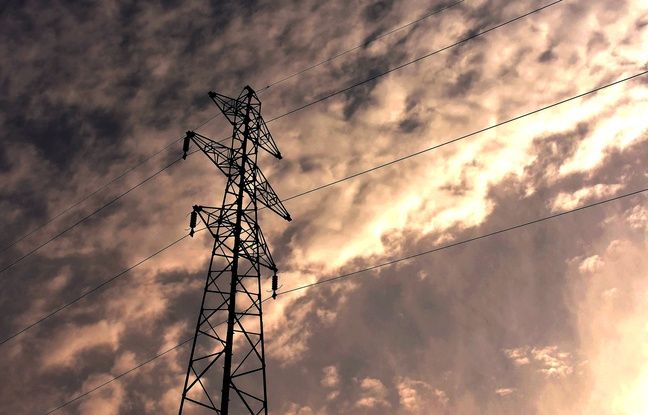 Trains suddenly stopped, factories blocked, cities suddenly plunged into darkness… This catastrophic scenario is that of the “blackout”, a giant and uncontrolled power cut. This is not just a fiction: in September 2003, Italy had been deprived of electricity for several hours due to a lack of supply. And in November 2006, ten million Europeans suffered blackouts for an hour after a failure on the German network.

Could such an event happen again in France? This Thursday, the Minister responsible for the Ecological Transition, Barbara Pompili, warned that “very short cuts” could take place this winter, “in the event of a big cold snap”. The fault in particular with Covid-19 and the first confinement, which delayed the maintenance schedule for nuclear reactors last spring. This extreme cut-off solution is part of a whole range of means gradually used by RTE (Electricity transmission network), the operator of the electricity grid, to avoid a generalized and chaotic cut.

There are first of all “conventional” devices to try to meet a high demand for electrical consumption when temperatures drop. Either by increasing production (start-up of thermal power stations, greater demand on dams, imports via other European countries thanks to interconnections), or by reducing demand via “load shedding”, that is to say by cutting off all or part of the current to companies or individuals who have signed a specific contract, and who are therefore prepared. For households, this “diffuse erasure” can correspond, for example, to a momentary cut-off (10 to 20 minutes) of the radiators or the water heater. All these solutions make it possible to better manage the supply of the network when it is under heavy demand.

But sometimes this is not enough, especially when temperatures drop sharply. Electricity consumption then skyrocketed and the devices mentioned above were no longer able to balance supply and demand. In this case, RTE is obliged to switch to so-called “post-market” means, in order to avoid the black-out.

Four tools are available to the manager in such a situation. The first is to call on “eco-citizen actions” to reduce consumption. To do this, a website called Ecowatt allows everyone to register and receive alerts in real time when electricity consumption is approaching the limit. Users are then invited to shift the use of their devices (their washing machine, for example), to use only the lights necessary in their home, or to lower their heating. “If everyone is mobilized, we will have significant actions which could possibly avoid power cuts in particularly tense periods”, underlines Maïté Jauréguy-Naudin, head of the system at RTE, interviewed by LCI.

The second solution is to stop supplying 22 industrial sites that are particularly greedy in electricity. “Regulating means working with industries so that they can stop their production at certain times (…) These are contracts that we have with companies, with large producers”, thus explained Barbara Pompili on BFMTV. Among them, the Arkema electrolysis site and its electrolysis in Isère, Rio Tinto and alluminium in Dunkirk, or Ferropem and the production of silicon in Ain and Savoie, according to The echoes. “Five seconds after having received its activation order, the industrial site must stop its production, and thus restore margins to the electricity network” recalled again The echoes. In return, these companies are remunerated – up to 35,000 euros per interruptible megawatt (MW) – whether they are called upon or not. In total, RTE thus has a 1,500 MW “valve”. In particular, it activated it on January 10, 2019, due to an incident on the European network.

If the situation remains critical, RTE can activate its third lever: the 5% voltage drop on the network. “This leads to a drop in the efficiency and performance of some electrical devices, but without cutting any use. Applied to the whole of the territory, it is possible to save up to 4,000 MW, almost the consumption of Paris and Marseille combined ”indicates theNew Factory.

Finally, if all that is not enough, RTE provides “as a last resort” “momentary, localized and rotating outages in order to avoid a black out”. In other words, certain areas would be voluntarily deprived of electricity – two hours maximum – in order to avoid cutting off the whole network and to protect “sensitive” consumers (for example hospitals). According to the network manager, “recourse to post-market resources could intervene, depending on the week, in the event of temperatures below normal season of the order of 2 to 7 ° C”. A low risk therefore, but very real.