What consequences can European sanctions have? 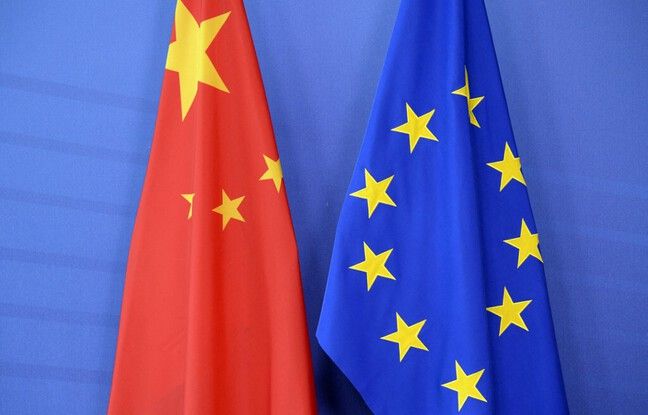 Beijing responded by sanctioning ten European personalities, including several elected members of the European Parliament, accused “of seriously undermining the sovereignty and interests of China and of spreading lies and disinformation”. Europeans and their families will be banned from staying in China, Hong Kong and Macao.

Slow implementation of the sanction arsenal

After years of silence and looking away from the fate of the Uighurs, what prompted Europe to act? “The European Union had no instrument of sanctions until December 2020 concerning human rights”, informs Marc Julienne, researcher at the French Institute of International Relations (IFRI) and specialist in China. Once this arsenal was created, it remained for the 27 nations to agree unanimously, which again took time … to finally reach this decision. “Hungary in particular maintains very good links with China, it is normal that the process was long”, informs the researcher, not to mention the whole economic aspect.

Jean-Vincent Brisset, research director at the Institute for International and Strategic Relations (IRIS), also sees this as a favorable context. “The European population is putting more and more pressure on the fate of the Uighurs, China is widely criticized for its management of the coronavirus and the United States of the Biden administration are showing very offensive with the Asian giant”, lists t -he. Be careful, however, not to summarize the European position in a simple alignment with the United States. “If this were the case, Europe would have gone to the front since at least 2019”, tempers Marc Julienne.

The United States, Canada and the United Kingdom have aligned themselves with the European position. The sanctions are above all symbolic, just like the Chinese response. But in the event of higher bids, especially economic ones, the coalition that is forming on the western side could weigh heavily. “If each side responds harder, the victory will be for the one with the strongest backs. Being several allied powers will then be a huge advantage to hold out as long as possible, ”weighs Marc Julienne, who recalls that the European Union is China’s main trading partner, and that it needs to be able to export.

Europe also needs China, but in the event of a coalition with the other great Western powers, the latter could help each other more economically to make up for the lack of the Chinese giant. “China needs the West more than the reverse,” points out Jean-Vincent Brisset. He continues: “She is terrified of the idea of ​​a group reaction. Managing a European country, she knows how to do it. Managing Europe promises to be more complex. So Europe plus other great powers … China will not only seek the standoff, but above all to divide this camp, the only way to win. “

The temptation of a standoff for China

The Western bloc is still very fragile. But the entire American strategy since the arrival of Joe Biden has been to resolve this weakness, according to Marc Julienne: “The United States seeks to reassure and tighten their network of allies in the event of a new major diplomatic war” . Human rights, democracy and other great values ​​can be a solid glue. More solid in any case than the Chinese “backers”, authoritarian countries like Russia, Belarus or Venezuela, “much less allies than occasional associates” continues the researcher.

It remains to be seen what sanctions will be taken and whether there will be aftershocks or not. “For the moment, the two camps are attacking each other, taking great care not to touch each other”, quips Jean-Vincent Brisset. China may well respond more strongly due to internal issues, he said. “The Chinese are very easy to make vibrate on the patriotic fiber, the government could make forget certain challenges specific to the country in an international diplomatic conflict”, he analyzes. With the European decision, a whole geopolitical chessboard is set up. In the meantime, the persecution of the Uyghurs continues.