What do we know about this incredible global organized crime crackdown? 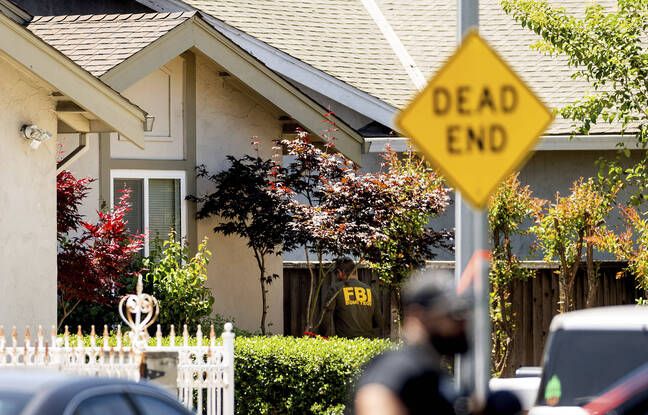 Hundreds of thugs have been arrested in different countries thanks to an operation presented as “the most sophisticated in the world” against organized crime. This Tuesday morning, the European Police Office Europol, held a press conference to give more details on this global operation.

This international operation led by the FBI has been dubbed the “Trojan Shield”. It was based on encrypted cellphones called “AN0M” which criminals used to organize their drug trafficking, weapons or even murder plans. What they did not know was that these devices had been deliberately disseminated as part of an undercover operation among the ranks of the Mafia, Asian organized crime syndicates, drug cartels, gangs. biker outlaw.

Laptops could only be bought on the black market, for around $ 2,000, and you had to have a code to authorize them from another AN0M user. “A criminal had to know another criminal to get this material,” Australian police said in a statement. It relied on people with influence in the community – including a drug lord on the run in Turkey – to disseminate the device.

“The devices circulated and their popularity grew among criminals, who had confidence in the legitimacy of the application because major figures in organized crime vouched for its integrity,” the police continued. The messaging application, created by the FBI, allowed the police to spy on all the conversations of criminals for three years. 20 million messages sent in total.

This Tuesday, the United States, Australia, New Zealand, but also several countries in Europe, revealed that they controlled the application “AN0M”. “Over the past 18 months, the FBI has provided criminal organizations with more than 300 encrypted devices in over 100 countries that have allowed us to monitor their communications,” FBI Deputy Director Calvin Shivers told reporters at headquarters. Europol in The Hague.

Those who received the most are Australia, Spain, Germany and the Netherlands. “More than 700 places” were searched, said Jean-Philippe Lecouffe, deputy director of operations at Europol

“This information has led over the past week to hundreds of police operations around the world, from New Zealand to Australia to Europe and the United States, with impressive results,” he said. declared Jean-Philippe Lecouffe, during the Europol press conference.

In all, more than 800 people have been arrested all over the world. In Australia alone, 224 criminals have been indicted in connection with this operation which, according to Australian Prime Minister Scott Morrison, “has inflicted a heavy blow on organized crime in this country, and which will have an echo around the world” . New Zealand police, who reported 35 arrests, including drug trafficking and money laundering.

Philippe Lecouffe assured that in parallel with the arrests, 8 tons of cocaine were seized. In Australia, six drug manufacturing laboratories were closed, a quantity of weapons and 45 million Australian dollars (29 million euros) in cash were seized.

Calvin Shivers, also assured reporters at Europol headquarters in The Hague that 100 lives had been saved as a result of these operations.