What if you get your hands on a treasure, can you keep it? 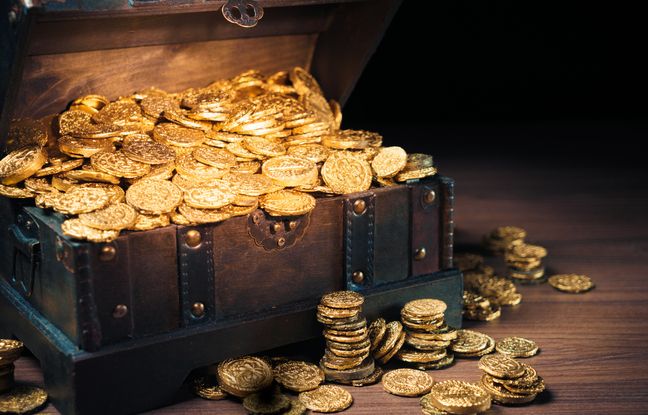 It is not only in tales and pirate stories that one can find treasures. Some discover them by chance during a diving trip, during work in their garden, or even during an inheritance by sorting through the jumble of belongings left by the deceased.

In 2018, a plumber discovered jewelry and gold coins while checking the pipes in an attic for customers. The same year, workers came across a treasure of 600 gold coins during the demolition site of an uninhabited house in Finistère. More recently, the heirs of a 19th century residence in central Brittany got their hands on some 2,200 silver coins which were then auctioned for more than 90,000 euros. And for its part, the municipality of Morez, in the Jura, found loot of nearly 650,000 euros by emptying a building that it had bought after a succession. But in such finds, a question arises: who owns the booty?

Article 716 of the Civil Code defines the treasure as “any hidden or buried thing on which no one can justify its ownership, and which is discovered by the pure effect of chance”. We are therefore talking about a loot buried or concealed found by chance and not an organized treasure hunt, which can also lead to criminal prosecution.

The good news is that according to the Civil Code, the treasure “belongs to whoever finds it in his own fund”. But beware, even if you made this find in your garden, your rights to the loot may be in dispute. In 2018, for example, a couple was ordered to return to the previous owners some 800,000 euros of ingots found by chance on their land more than seven years after buying the house. The sellers had indeed succeeded in proving that the gold belonged to them.

Likewise, things get complicated when the discovery is made at the beach, in the forest or in any other place that does not belong to you. The law then provides that “if the treasure is found in someone else’s fund, half of it belongs to the person who discovered it, and the other half to the owner of the fund”. You therefore have the obligation to contact the private owner or the town hall that owns the place in question in order to carry out the sharing.

In all cases, the law requires you to declare your find in town hall, so that the authorities can assess its scientific interest. And if it turns out that you have come across remains of historical or archaeological significance, the State may dispose of them for a maximum period of five years, before returning them to you or buying them back from you.