What impact would a “Christmas without Amazon” have on employment? 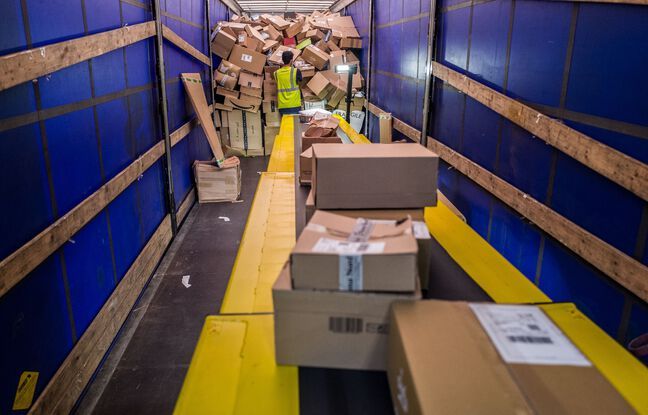 As Christmas approaches in this year 2020, in the midst of the health and economic crisis linked to the coronavirus, the Amazon platform is increasingly taking on the appearance of a Grinch, in the eyes of some. Criticized for taking advantage of the closure of small businesses, the digital giant has never seemed so unpopular. This Tuesday, a petition was even launched by elected officials from the left, personalities and associations to commit not to use the American platform during the holiday season.

One of the main arguments of this forum is that Amazon would be a gravedigger of employment, killing local businesses. A criticism to which Frédéric Duval, CEO of Amazon France, defended himself in the columns of the Parisian : “We employ 9,300 people on permanent contracts and, according to independent studies, around 130,000 jobs result from our activity. “

Jobs created, for how many eliminated?

Not enough to convince the economist Raphaël Pradeau, of the association Les economistes atterrés: “Of course Amazon employs people, but several studies show that for a job created, between two and four jobs are destroyed. “In November 2019, the LREM deputy for Paris Mounir Mahjoubi, former Secretary of State in charge of Digital, had published a vitriolic column:” Amazon: towards infinity and Pôle emploi! ”, Estimating that for a job created, 2.2 were deleted elsewhere.

🚨Result of my new study:

For 1 job created at Amazon France Logistique, 2.2 are potentially lost in our local businesses.

The #blackfriday should not become a black Friday for our SMEs. @CPMEnationalehttps://t.co/04rRW7OXnk

Add to this that, as Raphaël Pradeau adds, Amazon jobs are often “of very poor quality: precarious and intermittent”, and the cup seems full. So, should we throw Amazon down the Christmas fireplace? Not that easy.

Without exonerating the giant from any fault, economist Stéphanie Villers currently sees it above all “an ideal culprit more than really at fault on everything. We cannot eradicate Amazon, nor deprive ourselves of e-commerce, ”he believes.

More than the jobs actually created by Amazon, it is the jobs that depend on it that plead for the maintenance of the platform. The famous 130,000 attested by Frédéric Duval. Reminder of an obvious fact by Stéphanie Villers: “Amazon is not a producer, it is a sales platform. The products sold and purchased are made and also go into the pocket of a large number of French producers, who would be very destitute without it, especially during a period of confinement. “

For the economist, that’s the problem: containment and the economic crisis. “In normal times, the French promote physical commerce without even having to encourage them. »On February 5, 2020, the Federation of e-commerce and distance selling presented a 2019 report, still giving pride of place to face-to-face: 90% of retail trade for the year was thus carried out in stores, and only 10% via the Internet. Internet where Amazon does not have a monopoly in France.

In fact, “the question is not whether to censor Amazon or not, but to know how and when we reopen small shops,” says Stéphanie Villers. Once reopened, “the French will go there on their own. On the contrary, if we don’t reopen them, I don’t see what Amazon’s censorship will change for them. It is a false debate. “

Amazon is far from flawless, however. “If only by the fact that he pays no or very little taxes in France, he necessarily creates unfair competition towards small traders. We praise his inexpensive products, but we have to see how he manages to lower the prices, ”denounces Raphaël Pradeau. And in this time of economic crisis, low prices can seem all the more tempting, which for the economist would worsen Amazon’s competition with other merchants.

For him, if we cannot therefore blame the consumer first, “he also remains a citizen, and he must think in the long term, knowing that paying Amazon means reducing the tax that the company collects. France, tax which is redistributed in particular for him. It is a counterproductive act for its own wallet. “

Stéphanie Villers validates the analysis, but for her “it is a problem according to. Of course, we have to think about taxes for GAFAM, of course we have to build a European competitor to Amazon, but there is an economic emergency that must first be addressed. According to her, the absolute priority therefore remains to know how to reopen small businesses, especially during this holiday season, which is absolutely essential for the economy. “It is this and only that which will determine the future and the survival of employment in small businesses. Amazon’s judgment will wait.

Share
Facebook
Twitter
Pinterest
WhatsApp
Previous article“I’m waiting for the reopening”, “they just had to adapt”… The French split between supporting small businesses or taking advantage of Black Friday
Next articleThe National Assembly adopts the 2021 draft budget at first reading