What is “DRASTIC”, the independent collective investigating the origin of the epidemic? 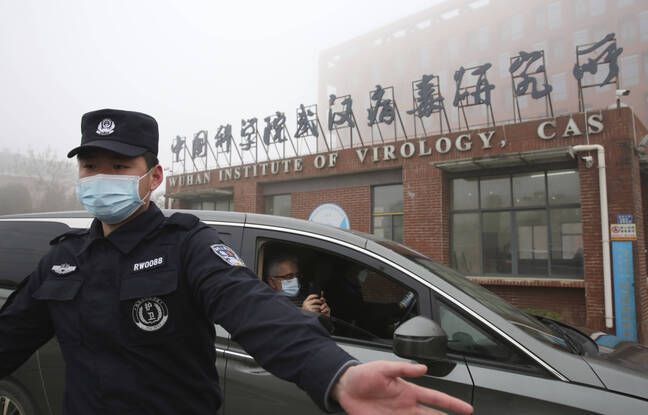 This is one of the most anticipated reports in history. The first conclusions of the joint investigation carried out by experts from the WHO and China into the origins of the coronavirus epidemic favor the hypothesis of transmission of the virus to humans via a animal infected by a bat and rejects the thesis of a leak from a Chinese laboratory.

Fifteen months after the appearance of the first cases of Covid-19 at the end of December 2019 in Wuhan, many are worried about the lack of independence of experts and accuse the WHO of complacency towards China. This is the case of the “DRASTIC” collective, which launched its own independent investigation into the origin of the pandemic. Who are they and why do they not trust the findings of the WHO survey? 20 Minutes make the point.

What is the “DRASTIC” collective?

“DRASTIC” – for Decentralized Radical Autonomous Search Team Investigating Covid-19 (Decentralized Radical Autonomous Search Team investigating Covid-19) – is a multidisciplinary collective, made up of around thirty people, in particular Asian researchers, who are was formed on Twitter in February 2020. “It is a collective of scientists, but not only, who have joined forces to investigate the possible origins of SARS-CoV-2”, explains to 20 Minutes Gilles Demaneuf, a New Zealand data analyst, member of the collective.

This multidisciplinary group includes “biologists, genetics specialists, engineers with knowledge of laboratory construction and maintenance, data specialists, analyst profiles, open data specialists, cultural specialists. Chinese ”, continues the engineer, who adds that each profile is welcome“ as long as it contributes ”. In addition, some members choose to remain anonymous on Twitter to protect themselves from possible reprisals.

Why was it created?

At the start of 2020, internet user Billy Bostinkson (a pseudonym) lays the foundations for the collective on Twitter. “Everyone has found themselves in one way or another in contact with DRASTIC during their personal research, either after reading research articles from certain members, or through social media,” explains Gilles. Demaneuf. “Our goal is to find the origin of the virus, to understand where, how and why the epidemic started. We want to find facts, proofs, and not sophisms, ”adds Rodolphe de Maistre, project manager in an engineering company and member of the collective.

And if the group took up the subject, it is also because its members believe that the thesis of an accidental leak of a modified virus at the Wuhan Institute of Virology, refuted by the Chinese authorities and dismissed by the joint report of the WHO and China, is however the explanation “the most plausible”, advances André Goffinet, professor at the Institute of Neuroscience of Louvain, in Belgium, member of the collective. “The WHO is simply not investigating a natural origin other than a zoonosis (diseases or infections that are transmitted from animals to humans and vice versa)”, deplores Gilles Demaneuf. In addition to this, you will need to know more about it.

What do they think of the joint WHO-China report?

If it does not solve the mystery of the origins of SARS-CoV-2, the report, of which AFP obtained a copy on Monday, estimates the transmission to humans of the virus by an intermediate animal “probable to very probable” , but rules out the scenario of a laboratory incident, deeming it “extremely unlikely”. For the members of the DRASTIC collective, the survey was not carried out in full transparency, China having first validated the WHO experts: “The WHO suggested 17 international members who were validated by China », Explains Gilles Demaneuf. Rodolphe de Maistre goes even further, arguing that it was not a WHO investigation, but simply the conclusions of local experts: “The WHO experts went to China. But they just met the Chinese scientists who gave them their conclusions. “

For some, it is the very subject of the survey that is biased. “The agenda of the China-WHO mission was dictated, or at least submitted, for China’s approval. The report was explicitly tasked with understanding how the virus could have passed from bats to humans. They ruled out considering the hypothesis of a laboratory accident on the pretext that it is too unlikely, which is false, ”regrets André Goffinet. “If the WHO had wanted to really investigate a possible accident, it would have formed a very different team with laboratory risk experts. This is what it did for example for the SARS laboratory accidents in Singapore and then Taiwan in 2003, ”adds Gilles Demaneuf.

However, Mona Rahalkar, a microbiologist at the Agharkar Research Institute in India and a member of the collective, believes that the two hypotheses could be linked: “What if animals carrying viruses run away from the laboratory? Could it be derived from the laboratory or derived from animals? Both, right? (…) If a mouse sneezed or bit a researcher, would it be derived from animals or from the laboratory? Both, right? (…) What if waste from an animal or a corpse, which had not been disposed of incorrectly, and which contained deadly viruses, infected someone, same question? How can you tell that market animals or pets could be the source, excluding laboratory animals? “, She asked on her Twitter account this Monday morning.

3. Of waste of an animal or a corpse was disposed not in the right way, which had deadly viruses, and that infected someone, same question?
How can you say that animals from the market or domestic animals animals could be the source ruling out the lab animals?

In a first reaction to this document, this Monday, the head of the WHO considered that all the hypotheses put forward in the report deserved to be studied further. The report is due to be released on Tuesday.