What is this “champagne war” story with Russia? 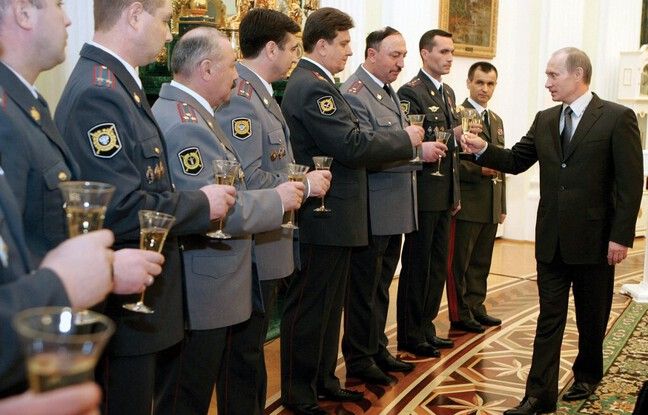 Don’t say “champagne” anymore, but “sparkling wine” in Russia. Russian President Vladimir Putin signed a new law on July 2 to deprive champagne of its appellation, leaving only sparkling wine from his country to use this French term.

A provision, adopted Friday, provides that only sparkling wines from Russia will now be able to use the word “champagne”, while real French champagne will have to take the name “sparkling wine”. To the chagrin of French producers. 20 Minutes takes stock of this new “champagne war”.

What does the new Russian law say?

A new Russian law, adopted by deputies on June 23 and signed by Vladimir Putin on July 2, “sets new requirements for wine products”, explains the Russian daily Kommersant. This new legislation provides that only sparkling wines from Russia may use the word “champagne”. But that’s not all. This provision also obliges foreign brands of champagne to include the words “sparkling wine” on their labels, depriving the French product of its true name. In the absence of a label mentioning the new name, the bottles of champagne could be considered as counterfeit.

According to the Russian newspaper Kommersant, this law « aims to develop Russian winemaking ”and to give“ a new definition of sparkling wines (champagne), with the specificities of production, the admissible content of ethyl alcohol and carbon dioxide ”. For David Chatillon, general manager of the Union des Maisons de Champagne, interviewed by 20 Minutes, this law “was not necessarily adopted to annoy French producers, it is more an avatar of a much broader geopolitical conflict”.

How have French producers reacted?

This is “very bad news” for French producers, “in shock”, alarms David Chatillon, who believes that “this decision is out of the hat”. “We are extremely shocked by this decision, the Russians are grabbing a name in which the Champenois have been investing for 300 years. We take it badly to get bitten, ”he added.

Controlled designation of origin, the term “champagne” is jealously defended by France, which recalls that the wine must come from a specific perimeter in the region of the same name to have the right to use it. “The principle of the AOC is recognized by the EU, but the name ‘champagne’ is protected in more than 120 countries, but not in Russia. This law is an extremely severe step backwards. We have been discussing with Russia for twenty years to obtain the protection of AOCs there ”, alarms David Chatillon.

On Saturday, the Russian subsidiary of the French luxury group, LVMH, which produces in particular the famous Moët and Chandon, Veuve Cliquot or Dom Perignon, warned its local partners that it was suspending its deliveries to the country.

Does this decision mark the end of champagne exports to Russia?

Sunday, Moët Hennessy indicated that he will resume deliveries of champagne to Russia “as quickly as possible, after having made changes to the labels of his products. “The Champagne Houses of Moët Hennessy have always complied with the legislation in force wherever they operate and will resume deliveries as soon as possible while making these adjustments”, indicated, in a press release, Moët Hennessy, which brings together a set of brands of champagnes, spirits and wines within the luxury giant LVMH.

Leader on the Russian market, Moët Hennessy said he had warned “his business partners of legislative developments in Russia on the affixing of a mention” sparkling wine / sparkling wines “on the label on the back of the bottle causing a suspension very temporary deliveries, the time to adapt from a logistical and regulatory point of view ”. But according to David Chatillon, it is “not excluded that other champagne houses stop their exports to Russia. Discussions are ongoing ”.

What impact will this decision have?

The Union des Maisons de Champagne “has every intention of defending itself and activating French and EU diplomacy to modify this law, which is unacceptable”, warns David Chatillon. And for good reason, according to the Champagne Committee report on champagne exports for 2019, Russia occupies 16th place in the world ranking, with 1,718,027 bottles received, against 25,677,389 for the United States, first in the ranking. “Russia was a very big market until the Bolshevik Revolution. Since then, it is not the biggest market, but it is a significant market ”, explains David Chatillon.

An opinion that does not share Vadim Drobiz, specialist in the spirits market, interviewed by AFP. According to him, this decision should not cause an earthquake, believing that LVMH has a rather small share in Russia and that customers will always be able to find a high-end alternative solution. “There will be no coup d’etat or serial suicides among the Russian elites simply because they can no longer find Moët”, he assured.