What is this world tax story on multinationals backed by Joe Biden? 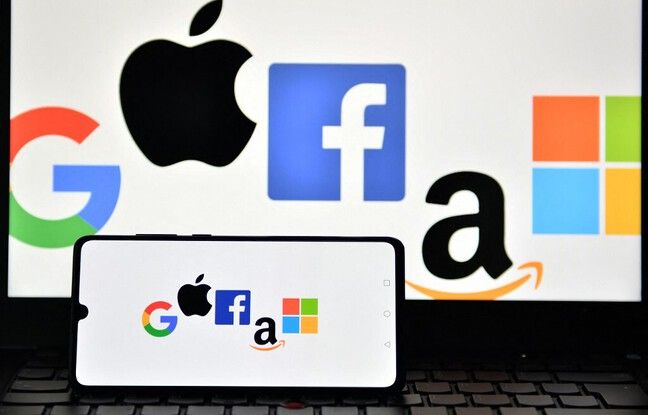 What if the next world was the end of the race to always lower taxes for companies, especially multinationals? The news for the next few weeks could well be partly occupied by the debate relaunched by Joe Biden of a minimum global taxation of multinationals, promoted by the OECD.

The subject will be on the menu of the meeting of finance ministers of the G7 countries, this Friday in London, but also of the G7 summit, from June 11 to 13 in Cornwall, before arriving at the G20 in October. This time, this project could not remain a wishful thinking but finally gain the consent of the richest countries in the world. 20 Minutes explains this possible (small) tax revolution to you.

What is the principle of this tax?

It is about putting an end to the tax optimization of the giants of the world economy and to fight against “the erosion of the tax base and the shifting of profits”. Since the 1980s, and the return to favor of liberal then neoliberal economic theories, the trend has been for the State to disengage more or less from the economy. This “less state” thus logically translates into less taxes, especially on companies. Still around 50% in 1985, the average corporate tax rate in the world today is 22%. With the effect of globalization, made possible by the facilitation of capital transfers, some countries have sniffed at the bargain: not to tax companies or little to encourage them to come and settle in their territory. It has almost become an economic model in itself, like Ireland.

It is against this “fiscal dumping”, a kind of tax competition between countries, that the OECD was mandated in 2017 by the G20 to try to find solutions. In the sights: multinationals with superprofits who can afford to easily travel to tax havens, not local SMEs. As a result, countries like France, where taxes are higher to guarantee, for example, better social protection, are “penalized”, judges economist Stéphanpie Villers, interviewed by 20 Minutes. “While we know very well that for example Amazon, based in Ireland, makes a lot of profits in France” without really paying taxes.

How can this minimum tax bypass tax havens?

The principle is quite simple on paper: when a company is taxed at less than 15% by the country where it is domiciled, the other countries where it does business can recover the difference. “Take the example of Amazon, located in Ireland, a country that wants to maintain its corporate tax rate at 12.5%. The other countries in which Amazon is present without paying taxes can claim to recover the difference, ie 2.5%, ”explains Stéphanie Villers.

Each country where, in our example, Amazon does business, would recover a share of this remainder. If we are not keen on taxation, we do not necessarily see how countries can effectively recover these taxes. Stéphanie Villers is not, however, very worried: “It is a somewhat cumbersome system to set up but doable. We know how to recover tax revenue, we have the technicality, especially in France. Moreover, in addition to this minimum tax, the OECD would like to establish a level of “surplus profit” beyond which the states where the 100 largest multinationals are present could recover tax revenues.

Why this time this tax could really be implemented?

We are not talking here about proposals for alter-globalization movements that have long been too easily sent back to the camp of sweet dreamers. This time, US President Joe Biden is in the driver’s seat. “We can clearly see the weight of the United States on an international scale”, remarks the economist questioned by 20 Minutes : what the American president wants to put on the agenda is at the top of the priorities. This was already the case a few weeks ago: Joe Biden’s decision to support the lifting of patents on vaccines against Covid-19 changed the position of more than one government on the subject.

Joe Biden also arrives at a very favorable time for this type of idea, in clear opposition to the liberal doxa of the last forty years. States have for nearly a year and a half spent almost without counting to face the health crisis and support their respective economies, and the coffers are empty. Joe Biden himself “accumulates stimulus and support plans, we are at 3 trillion: we will have to finance them,” recalls Stéphanie Villers. The taxation of multinationals, which largely escape taxation today, is a solution to achieve this.

How much can it earn?

According to Stéphanie Villers, if a minimum tax of 15% for companies is applied, the European Union can hope to recover 50 billion euros per year, including 4 billion for France. At this level, we are far from the revolution: in 2020, the French state budget was in deficit of 212 billion euros. Before the crisis, in 2019, it was already 72.8 billion. “15% is a derisory rate”, declared this Friday morning in Release Berkeley economics professor Gabriel Zucman. Many economists, including Stéphanie Villers, are of this opinion, while the corporate tax rate in France is 28%. Moreover, Joe Biden had first proposed a rate of 21% before changing his mind.

“Of course, it would be much better if the rate was 25%, deplores Stéphanie Villers. France could hope for $ 26 billion in additional tax revenue per year, but it’s a start. Indeed, the simple idea that this principle of minimum taxation can actually be implemented changes the situation. Gradually, hope those who support this initiative, the rate can be raised. Joe Biden’s intention to raise corporate taxes in the United States from 21% to 28%, the pre-Trump presidency rate alone, shows that the tide may have turned on the tax issue, after years of declining rates.